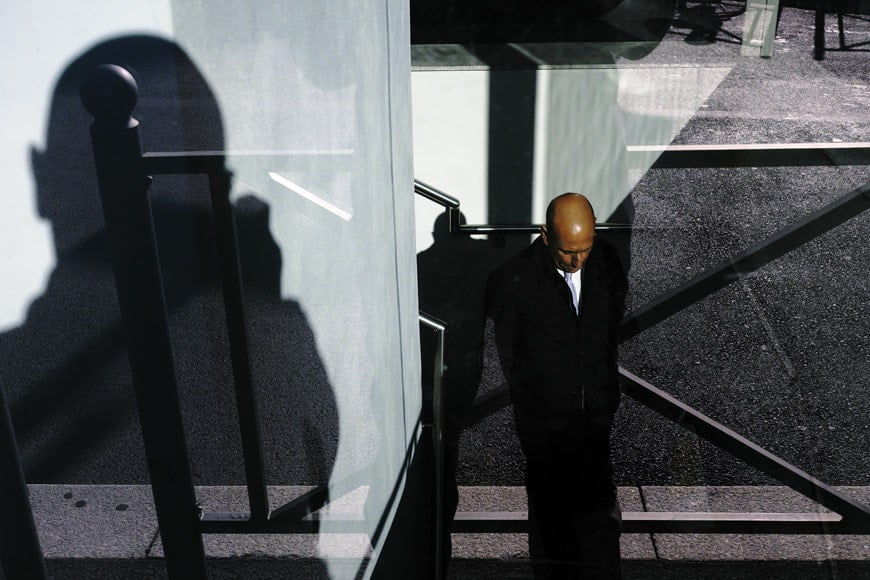 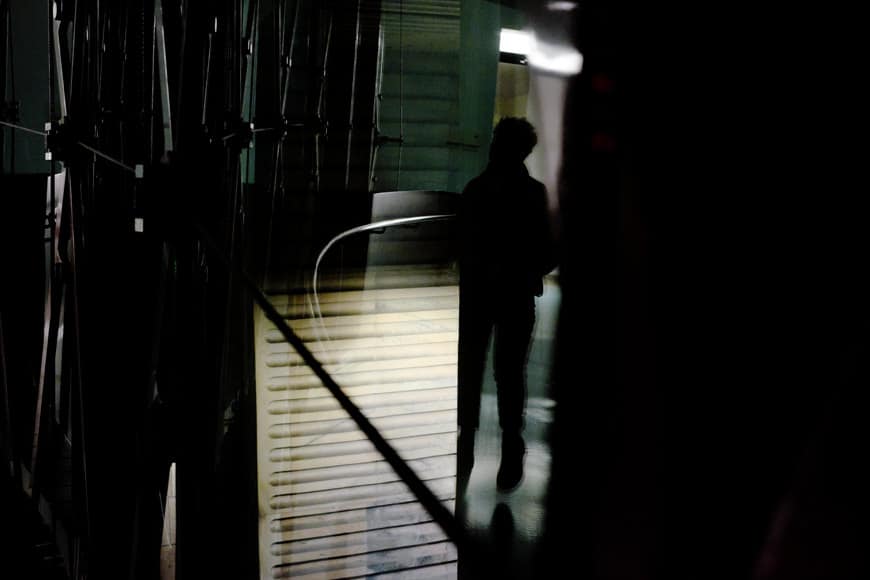 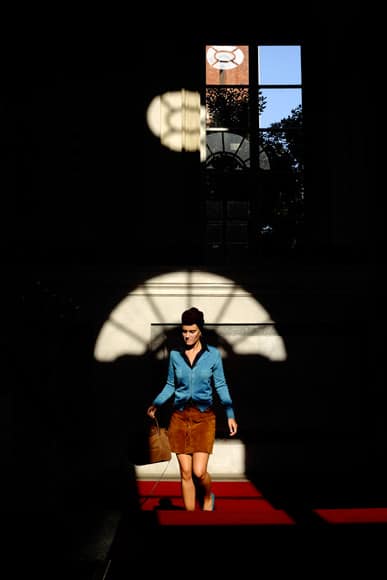 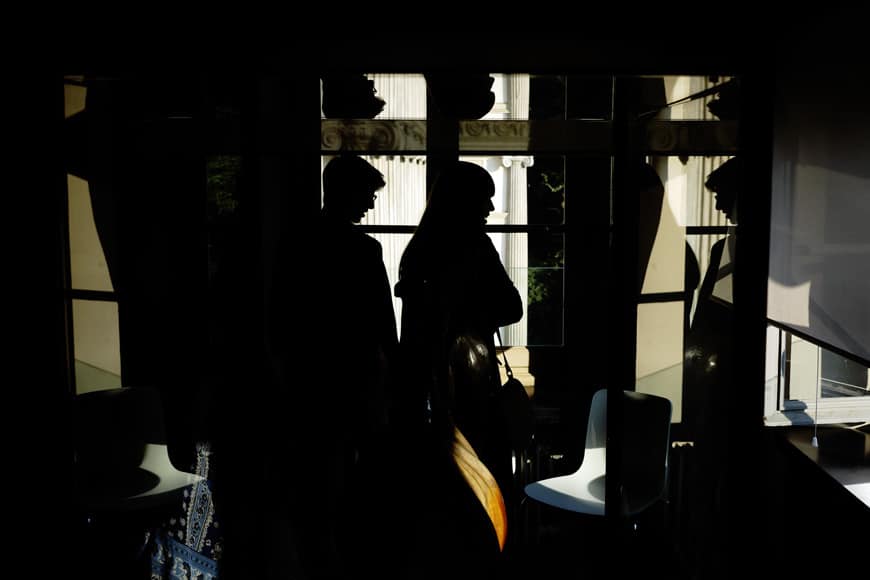 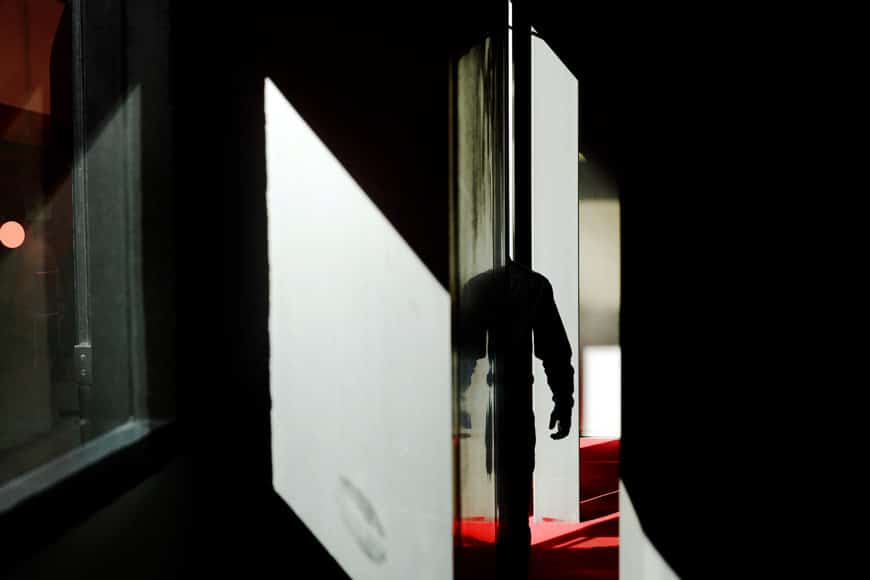 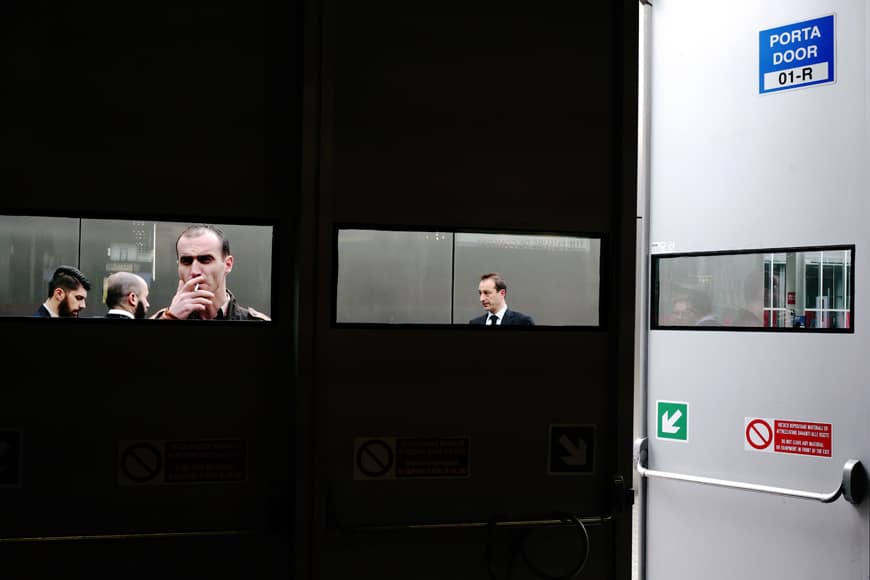 I grew up in the central belt of Scotland but recently arrived, with all my worldly possessions, in Milan. Rightly or wrongly, I think of myself as a street photographer and see it as my ticket to self-validation and a method of out-running my demons. I try to take attractive pictures with some sort of human or social substance—like a mixture of “Guernica” and The Shangri-Las—either attempting to re-enchant my world or pulling at its frayed edges.

My style has evolved over the years but I think the same raw nerve runs through my work, from the early monochrome social documentary to the more oblique, colour stuff of today. But I don’t lose sight of the fact that they’re just testosterone snaps.

‘Quirky’ photography fucks with my head. It puts me in a scorched earth mood. Or leaves me in the same state of inconsolable melancholy provoked by witnessing someone give their all in an air-guitar contest. I was lucky enough to talk with Alex Webb last year and he referred to it as “one-shot photography.” Put it another way, I’d rather try but fail to write “The Killing Moon” than succeed in writing the “The Birdie Song.” But then again, I suppose I should be thankful for the opportunity it gives me to mount my trusty high-horse.

You’ve drawn the short straw with me, Mark, because my interest in gear is close to zero. I mean, what sort of masochistic anorak gets a buzz out of carting around a small arsenal of photography “stuff?” My own attitude to equipment could be summed up as, “Frankie Says Relax.”

All I take on a wander is a Fuji X-T1

, sunglasses and ice-cream money. Call it minimalism. Call it bone idleness. But I’ve never been happier with my set-up. There was a time I was lecherous for Leica but aren’t they going the same way as Burberry baseball caps? Having used them previously I don’t have a bad word for Canon but now mirrorless seems the way to go for what I do.

The first time I held an X-T1

was at Edinburgh Airport duty free and it felt as if “Q” had crafted it for James Bond. Small, silent and sexy. Then again, if anyone has a pal with an X-Pro2

that fell off the back of a lorry, I’m all ears…

pancake lens on it, meaning the combination is comparable in size to an X100

but with the bonus that you can change lenses. The 41mm effective focal of the XF27

suits me, as it’s wide enough to take in most street scenes without the distraction of pulling straight lines out of shape as a wide angle does. It means pictures have a natural perspective that concentrates attention on the essential. It doesn’t create something out of nothing. It doesn’t ‘cheat’ like a 28mm.

stored away for when the XF27

can’t cope, but it really is a last resort. I’m working on a long-term story of Pakistani refugees living in a small village in the Italian mountains, and also do commissioned work, so sometimes its versatility comes in handy. Needs must.

I also bring along a pencil and paper to jot down promising locations and the time of day/year the light is optimal so that I can return to nail something I blew first time round.

Last but not least, I load up my internal jukebox with a decent tune as my wanderlust soundtrack. It helps me relax, focus and drown out any tendency to mind-read Joe Public. Today it will be “Indy Cindy” by The Pixies.

Some years after starting out in photography I lost a lot of time – sidetracked by commercial concerns then sidelined by geography. Now I’m off the leash.