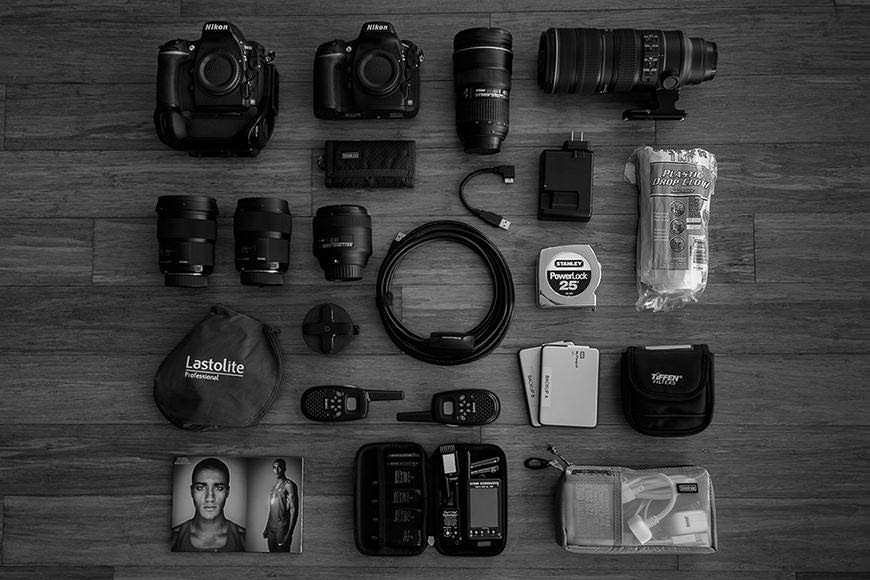 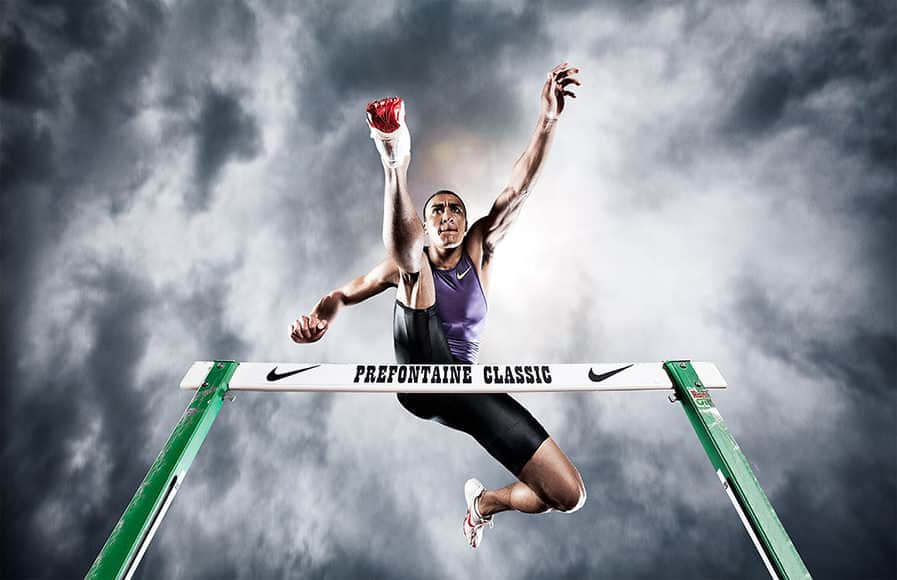 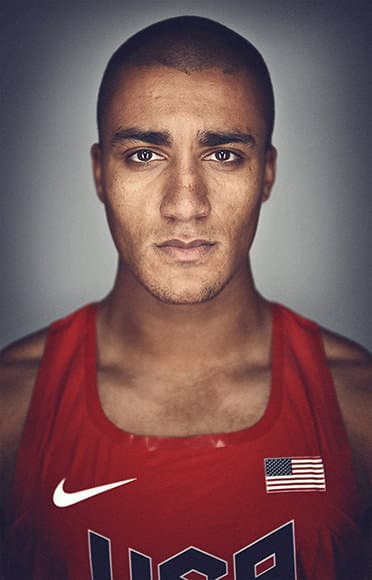 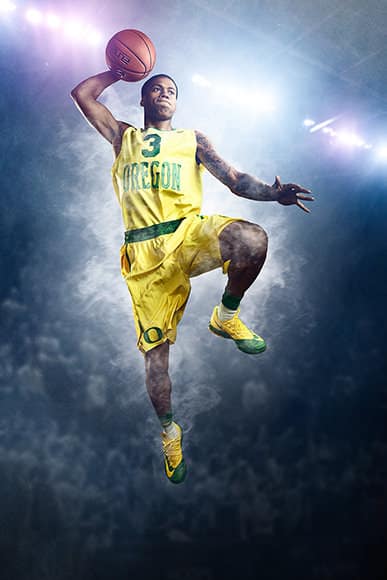 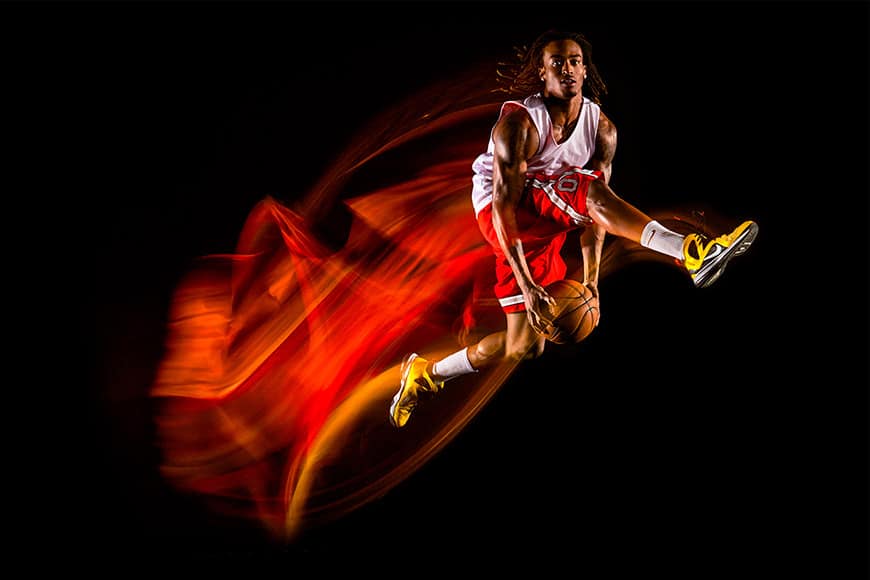 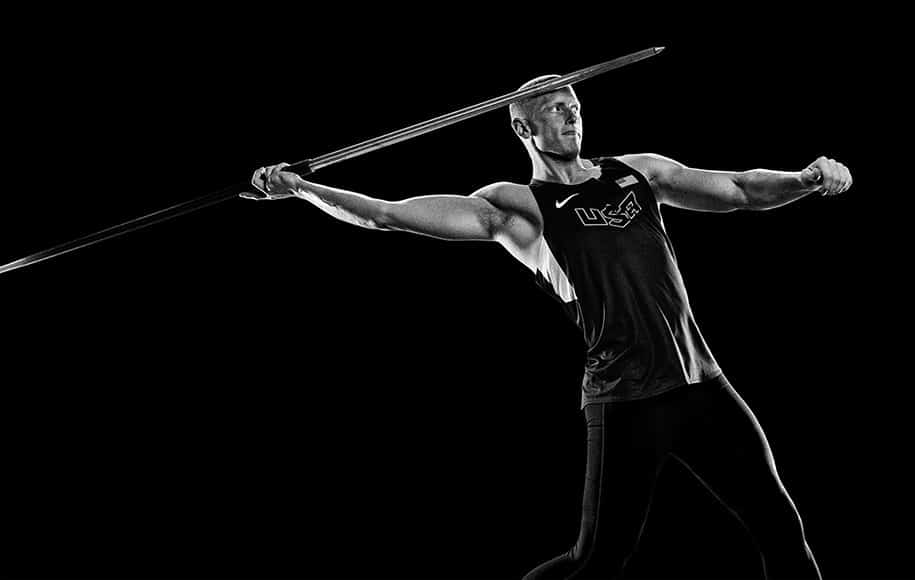 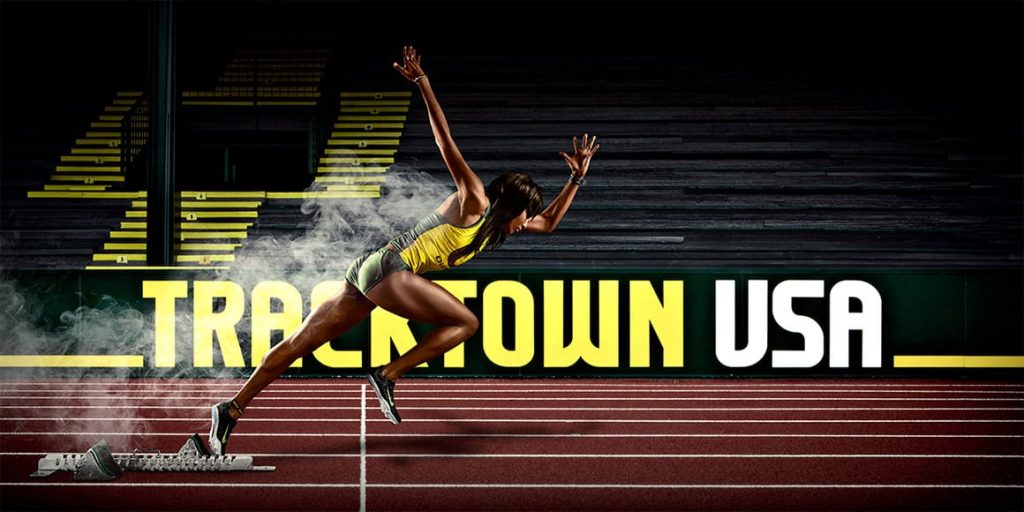 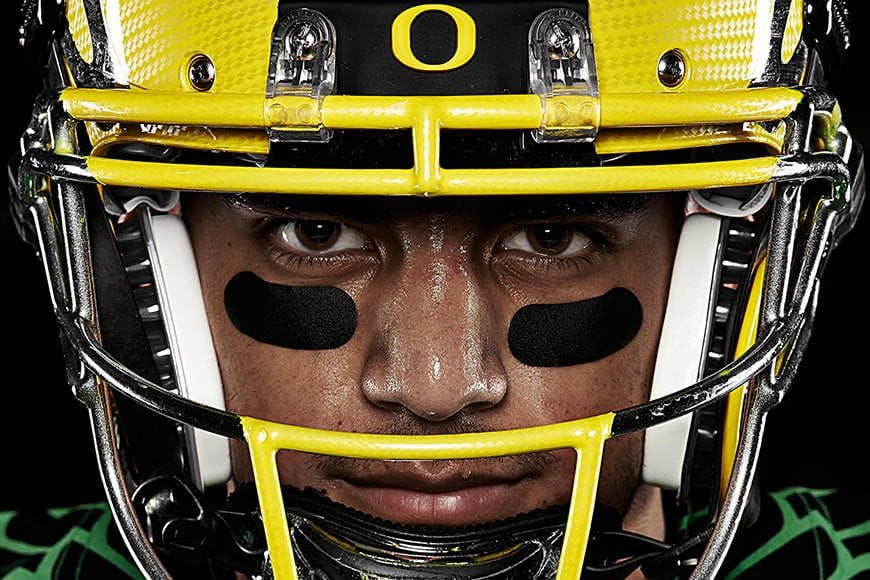 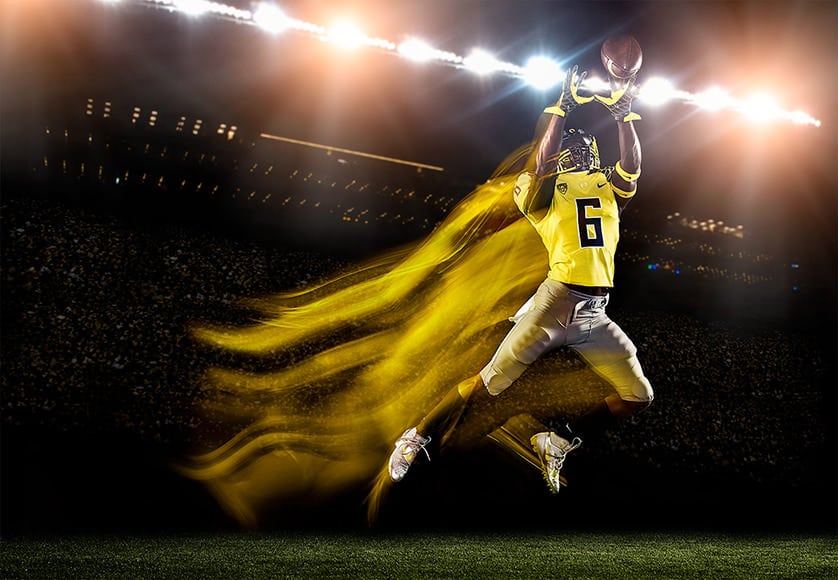 My name is Zach Ancell and I’m a commercial sports photographer based out of Brooklyn, NY. Growing up I would have never been considered an artist (and even to this day it’s something that I find it hard to call myself).

I was an athlete most of my life and only picked up photography at the tail end of my collegiate running career. I quickly realized that if I wasn’t going to be able to be a professional athlete the next best thing would be to work with them.

When I was contacted by Mark to be on Shotkit I wanted to make sure that I shared with all of you everything that I carry in my camera bag. That includes some of the weirder things like a tape measure and plastic sheets (I’ll explain why later). I wanted to include everything because there should be a reason for everything in your bag or else you are just carrying around extra weight for no reason.

Ever since I moved to New York City I’ve become very cognizant that space is limited and you have to make the most of it. I look at my camera bag the exact same way. I only have a limited amount of space and can really only take what is absolutely necessary. However, it’s a constant work in progress.

Hopefully as you read through my thoughts on various pieces of gear you’ll realize why I have specific items in my bag (and why some of them might be on the way out). I’m definitely a gear head but I have realized that I’ve made a lot of purchases based on wants more than needs.

My Dad told me something that has really stuck with me: “Only buy (a lens, a camera, etc.) when you can’t do what you need without it.” So, in example, if you want to get into macro photography but can’t shoot as tight as you need without a macro lens that’s a good time to make the investment. But, if you’re just buying it because everyone says it’s a cool lens or because a photographer you really admire owns it, then it might not be the best investment. I’ve made those purchases and it doesn’t really help you become a better photographer.

Without dragging on and on about this, let’s get to the gear!

This is just about my ideal camera. There are a couple features that I’d love to have but I’ll have to wait until I make the jump to Medium Format. The megapixels are great but the one thing that really made me switch to this series is the dynamic range.

A huge part of my post processing begins with trying to get the most dynamic range out of an image before adding a bunch of contrast. This sensor almost gets me to the perfect starting image to where I don’t really have to do anything.

When I made the jump from Canon (I was shooting a Canon 5D Mark 2 and tested the Canon 5D Mark 3 before making the switch) I also decided to pick up a Nikon D600 to use as a backup. For some reason, I never really fell in love with that camera. I tried using it for some of my natural light work but it just was missing something.

I held onto it though as a backup for the Nikon D800 and figured I’d replace it at some point. Eventually it was replaced with the Nikon D4s which was short lived. It was an amazing camera but was way more than I needed. I realized this when the Nikon D810 was released and I probably should have known all along that the perfect backup camera for my Nikon D800 was a second one. Now the Nikon D810 is my workhorse and the Nikon D800 is there just in case something goes wrong on set.

This is my go to lens. You could probably solder this lens to my Nikon D810 and there would be few occasions where I’d really need a different setup. It’s incredibly sharp and gives me a lot of flexibility when working with athletes in motion. Most of the time I’m at f/5.6 or f/8 so I don’t really have to worry about being limited to f/2.8 and it being slightly soft wide open.

This is the newest lens in my kit and in some ways is just a place holder. I’m a huge fan of the Sigma Art series so once an 85mm version is released I’ll replace this lens. The other reason I decided to pick up this lens was to see if it could replace another, much bigger, lens in my bag. It’s great for tighter portraits where I need a little extra length (which is one of those few occasions where I need something besides the Nikon 24-70mm f/2.8). I’m still considering something with a little longer length but for now it’s been working out great.

This is probably the best lens I own (maybe second to the Sigma 50mm f/1.4). It’s incredibly sharp throughout, it has a great look and feel to it as well. But, if all goes well with the 85mm this lens will be replaced. There are just very few occasions where I really need to shoot something at 200mm and it takes up some serious real estate in my bag.

Eventually, I’m hoping to make the jump to a medium format system and if this lens was gone I would have some definite space to work with. I’m still carrying it around with me just in case but pretty much trying to see if I could survive without it. I did a week long shoot recently and this never made it out of the bag. In fact, I used the Nikon 24-70mm f/2.8 for about 95% of the shots and the Nikon 85mm f/1.8G for the other 5%.

Sigma really knocked it out of the park when they announced this and the start of the Art line. A huge part of my work is making sure I’m getting the sharpest images I possibly can. This lens opened my eyes to the fact that third parties make great lenses and to be completely honest if Sigma releases an Art version 24-70mm it wouldn’t be hard to convince me to make the jump.

This lens doesn’t get used as much as it probably should but it’s great when I’m doing lifestyle work and just want to work with natural light.

This thing is a beast and I absolutely love it. This is a lens that I almost try to make excuses to use because it’s so sharp (definitely the sharpest that I own). There have been a couple shoots where I’ve used this lens for composites and it’s worked out amazingly. The problem is that it’s not quite as flexible as the Nikon 24-70mm f/2.8 (I find that I float around the 40-55mm range frequently) so I have a tendency to leave it in my bag. At some point, I’d like to get my kit down to 2 or 3 lenses and I could definitely see this lens being my #3.

Alright, let’s get to some of the random things I have in my bag. A lot of the time I’m working on tripod so my camera almost always has a Really Right Stuff L-Plate on it. One thing I hate though is if I put it in vertical orientation the USB 3.0 tether cable won’t fit because it’s too long. One fix would be to extend the bracket but I would have to collapse it back at the end of the shoot for the camera to fit in the bag. Instead, I purchased a right angle adapter that fits nicely in between the L-Plate and the camera. I then use a 15’ extension cable to tether to my laptop.

The tape measure is nice to have for composites but I barely pull it out unless I’m trying to be very precise. For the most part I just count things out in strides as it’s much easier (and faster).

One of the stranger things is probably the plastic drop cloth. A few weeks ago on a shoot we came up with the idea of having some shattered glass in the final product so I ran out and bought some cheap glasses, shattered them, and then threw the pieces to get assets for the photo. The drop cloth made clean up so much easier. I like to have these in the bag just in case I want to get creative with water, dirt, dust, or anything else that would be a pain to clean up (or might ruin the floor).

And, one of the last things I make sure I always have in my bag is a few promos. You never know when you might meet someone on set who might want your information. By all means, give them a card if they want but there’s no guarantee they will visit your website. With a printed promo you have something a little more substantial to show at least one image of your work and hopefully get them interested at looking at more.

All of this fits in my ThinkTank Airport Security V2 Bag.