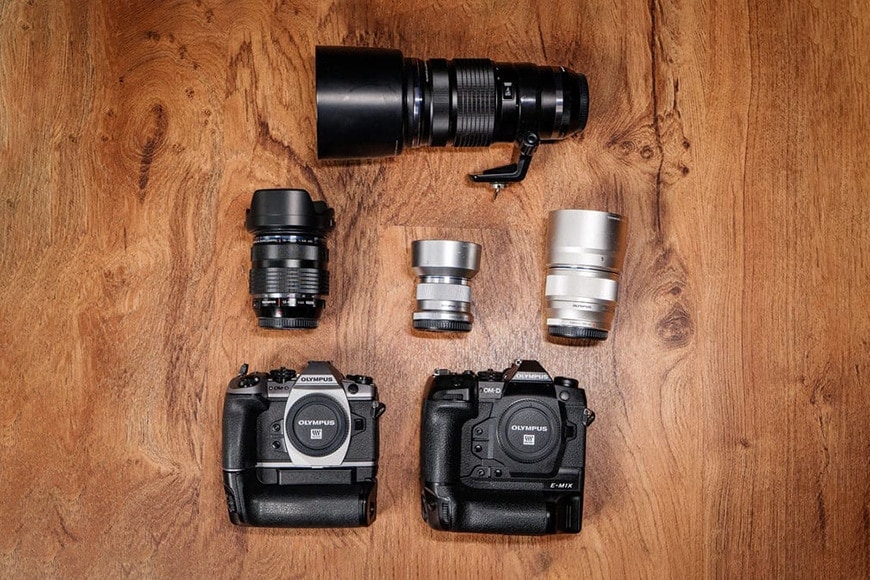 In 2008, Panasonic and Olympus produced the first mirrorless cameras using a Four Thirds sensor, except they called it Micro Four Thirds.

An unfortunate naming convention I believe, because the format is capable of professional work but the term micro has the connotation of “smaller in stature” and hence not as good quality.

One day I brought the smaller and lighter Olympus OMD EM5 and the Olympus 75mm f/1.8 lens to an engagement session and was astonished by the results of this lighter and less bulky system.

A year later the flagship Olympus OMD-EM1 (available today as the Olympus OMD EM1 III) was released and I then transitioned from a Four Thirds DSLR mirrored body to this Micro Four Thirds mirrorless body.

There are always compromises no matter what camera system you adopt and I’m going to detail the pros and cons of micro four thirds cameras in this article.

I will lean toward my experience as a wedding and portrait shooter, but travel, street and landscape photographers fear not – this info can help guide you as well. 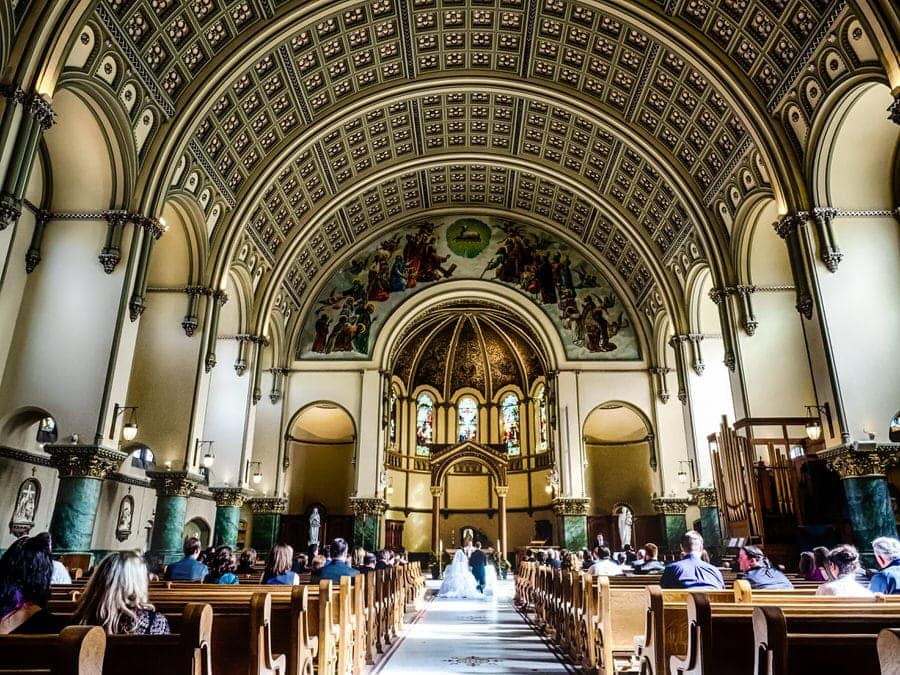 Olympus has the absolute best IBIS among all of the manufacturers at 7.5 stops in the Olympus OMD EM1 X, and Panasonic isn’t too far behind with the Panasonic Lumix G9.

I’m often in a dark church or reception venue with no tripod, hand-holding images at slow shutter speeds with no problem.

For times when I’m photographing moving subjects, I’m very confident in racking out my Olympus 40-150mm F/2.8 Pro lens to a 300mm equivalent focal length and completely ignoring the reciprocal rule with a 1/100 shutter speed or even lower.

If you’re a travel photographer shooting city night-scapes where tripods are often not allowed, feel free to shoot handheld as you will attain sharp images. 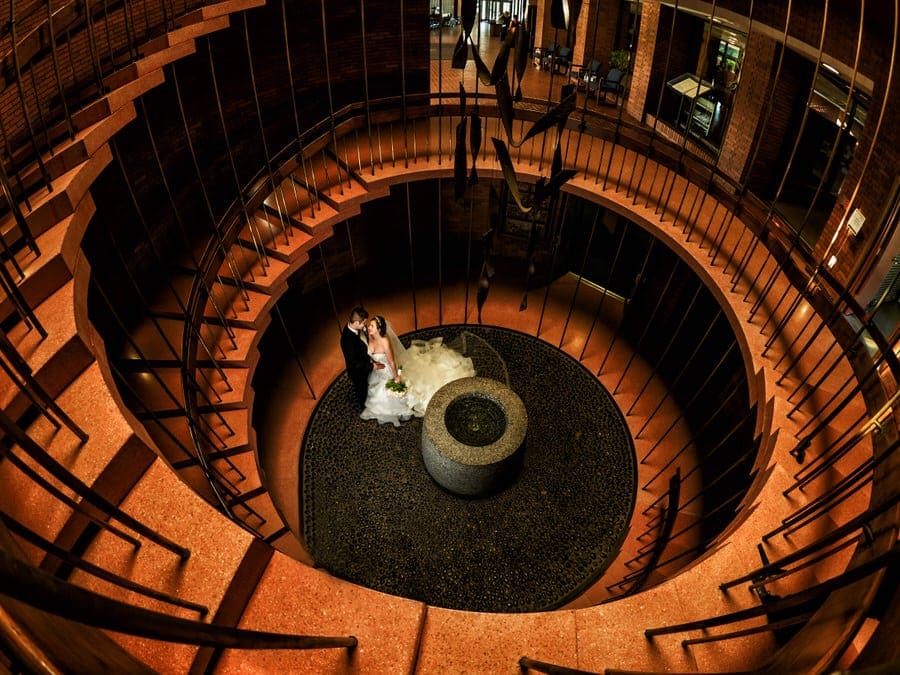 2. Small and Lightweight Bodies and Lenses

Who in the world would take the Olympus 300mm F4 Pro (600mm f/4 EFL) on a vacation to the beach area of La Jolla near San Diego, California?!!

I would – because the size is that of a 70-200mm lens, and together with the small body of the Olympus OMD EM1 II, could easily fit into my Think Tank Photo Vision 15 shoulder bag.

Micro Four Thirds is the best system for travelers and hikers due to the size and weight advantage in both bodies and lenses.

I recently chatted with a local wedding photographer who told me she was taking some time off to mend her back, which had been ravaged by using full frame gear every Saturday. 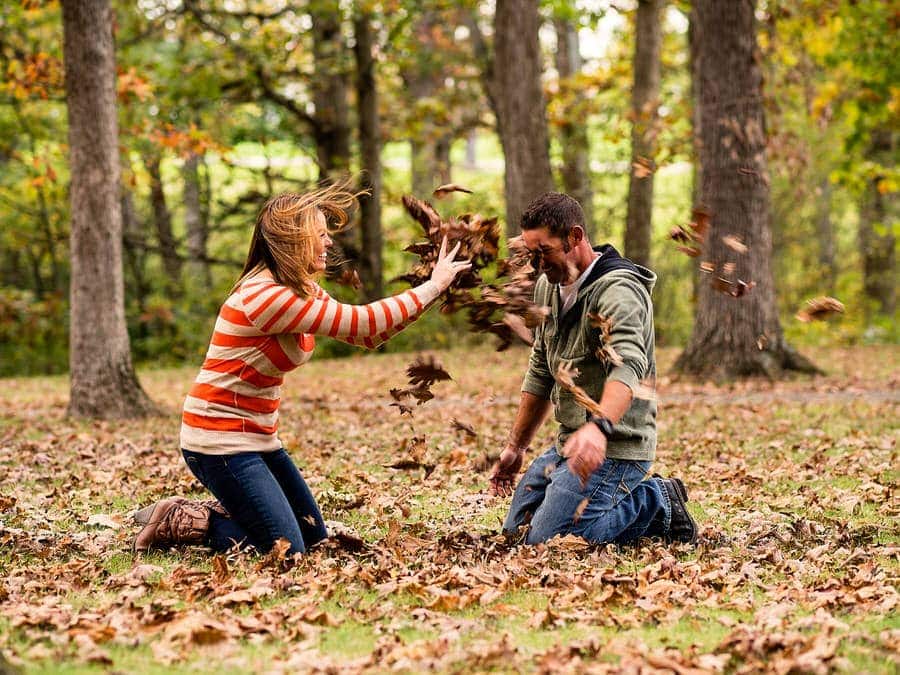 While the system does represent challenges for low light shooters, if you’re in pain and thinking of moving away from wedding photography due to this reason, consider becoming a Micro Four Thirds shooter in either Olympus or Panasonic and continuing your career.

The lenses for the Micro Four Thirds system are plentiful and all are smaller and lighter than their DSLR counterparts.

The telephoto range is where this system shines as it brings the bulk and weight of these lenses down considerably. The most unique tech feature and an Olympus exclusive is Live Composite, which enabled me to take the above night photo with no guesswork by allowing me to gradually build up an exposure over time without overexposing key elements within the frame.

This mode works to only record newly detected light sources over time, and lets me watch the image develop on the LCD screen. 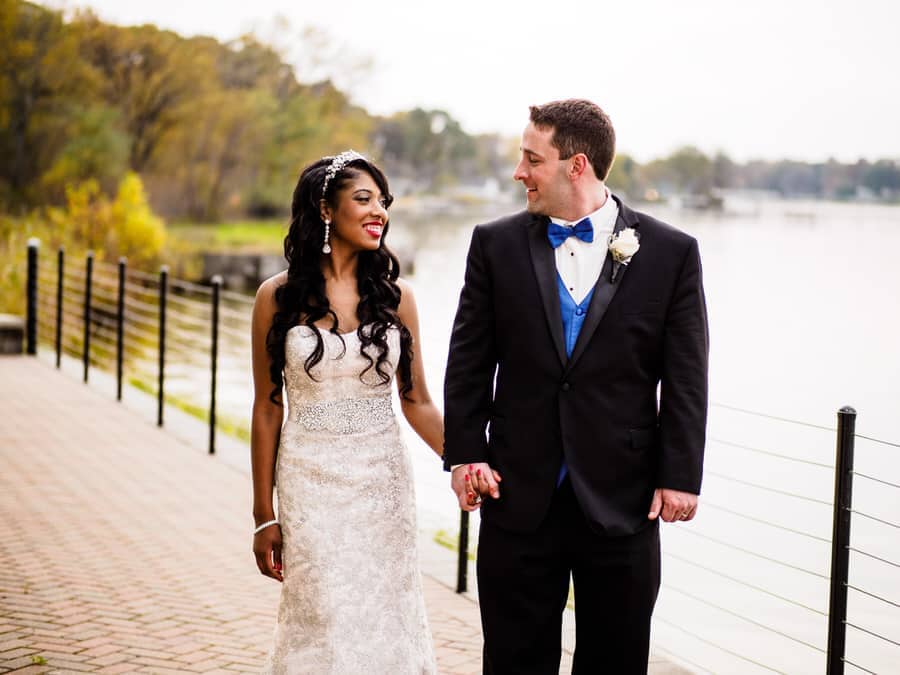 On top of that, it offers in-camera Live ND for silky waterfalls with no lens filters, and AI object tracking that’s especially useful for motorsports shooters where the camera will track a car or motorcycle for you, leaving composition and exposure your only concerns. As a wedding shooter, I’m often shooting in low light situations where I have to crank the ISO for a sufficient shutter speed for moving subjects.

Sports shooters in crappy gym lighting with athletes running at high speed have it even worse.

My personal threshold with Micro Four Thirds is ISO 3200, with an occasional jump to ISO 6400. Others simply will not go above ISO 1600.

You have to decide what your own limit may be and if you’re willing to add noise reduction in post.

Another option is the video-centric Panasonic Lumix DC-GH5S, which offers clean ISO up to 51,200 but with only 10MP for stills. 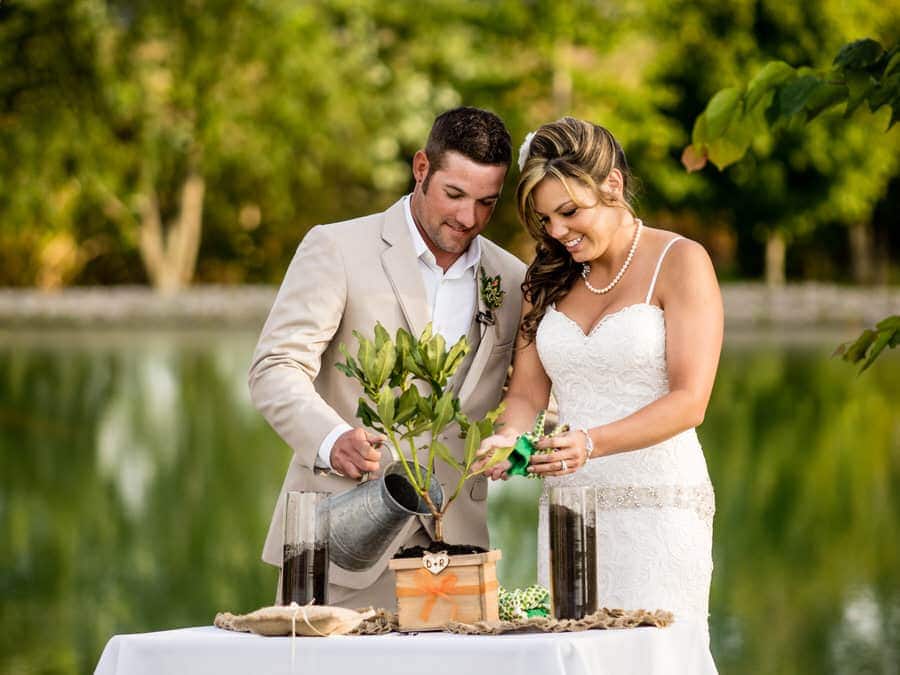 I was able to achieve a full frame look (above) with this smaller sensor by having my background far from my subject, as well as using the Olympus 35-100mm f/2 (70-200mm f/2 EFL) lens racked out and at an f/2 aperture.

This can also be added to the positive category by allowing one to keep their ISO lower for cleaner images and getting both eyes in focus for portraits.

In certain types of photography such as macro, this added depth of field can be a benefit. This ring shot gives me the depth of field of f/7 but the light gathering of f/3.5 using the Olympus 30mm f/3.5 Macro lens (60mm f/3.5 EFL).

However, if you crave or your clients demand that 3D look with a true f/1.4 depth of field, then you’ll need to add a full frame system to your tool bag or forego Micro Four Thirds altogether. 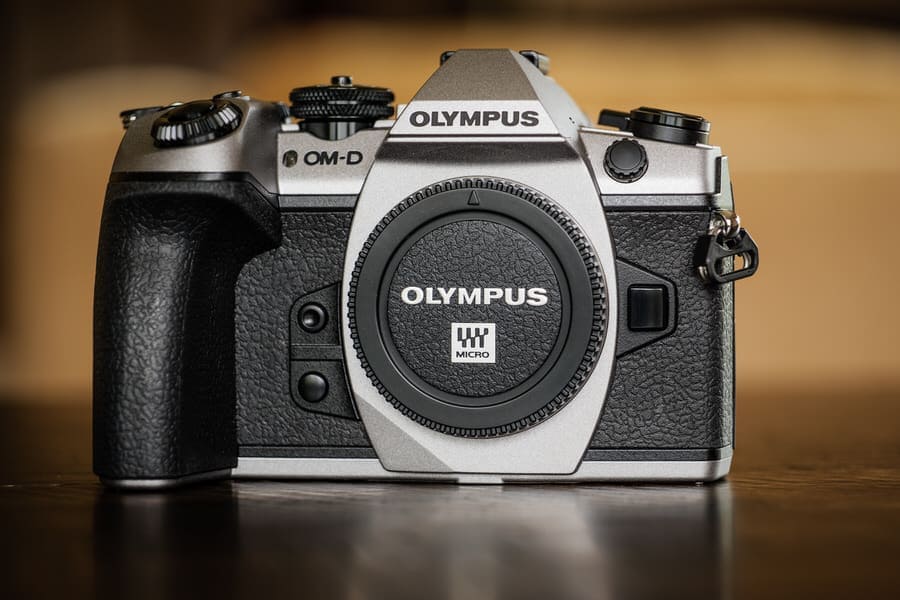 The former is best for most people as it will offer the same image quality in a smaller form factor with the option to add a battery grip over the EM1 X‘s built-in grip.

The battery is quite large and I’ve shot an entire wedding day with two batteries. It can be outfitted with the Olympus HLD-9 Power Battery Grip for those with larger hands and long shooting days.

This is a camera I have shot hundreds of weddings with and it offers superb ergonomics, is lightweight with very little bulk and yet handles pro lenses comfortably.

It has 121 cross-type AF points for superb accuracy and tracking subjects.

An alternate to this camera that’s arguably slightly weaker in stills, but better in video would be the Panasonic Lumix DC-G9.

This camera body is great for professional or serious shooters in genres ranging from wedding and portrait to wildlife. Now in its 3rd iteration, the Olympus OMD EM5 III offers the same sensor and AF performance as the Olympus OMD EM1 II but in a smaller form factor. If you’re a street or travel photographer this body may be the one for you.

This camera is also weather sealed to the same standards as the flagship but oddly enough is most suited to the smaller, non weather sealed Premium line of Olympus lenses such as the Olympus 17mm f/1.8 (35mm f/1.8 EFL).

This camera body is great for enthusiasts who shoot general photography as well as travel and street photography.

It has a smaller battery than its big brother and no battery grip option to increase size or for long shooting days. 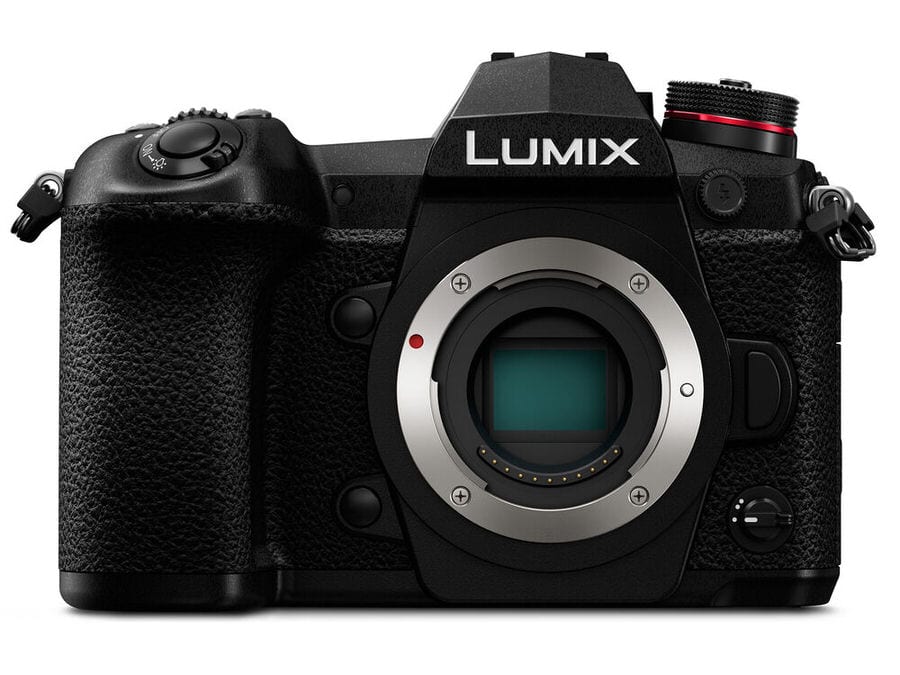 The EVF is higher resolution than the Olympus offering as well, but the all-contrast AF points put it a step behind the Olympus for action.

However, I have seen some great birds-in-flight images with this camera body.

If you’re doing portraiture, events and especially hybrid video, the G9 is a terrific option. Another unique feature is the dual processors that allow for tracking of subjects like planes, trains and automobiles. Subject tracking gives the photographer space to concentrate solely upon composition and exposure.

If you’re a photographer who shoots wildlife and action photography or simply enjoys an ergonomic vertical grip, this is the camera for you. If you are a video first, stills second kind of person then the Panasonic Lumix GH5 is the correct tool for you.

While I’m strictly a wedding stills shooter, I see this camera (along with its low-light focused cousin the Panasonic Lumix GH5s) at weddings all of the time. Professional filmmakers love these Panasonic offerings. 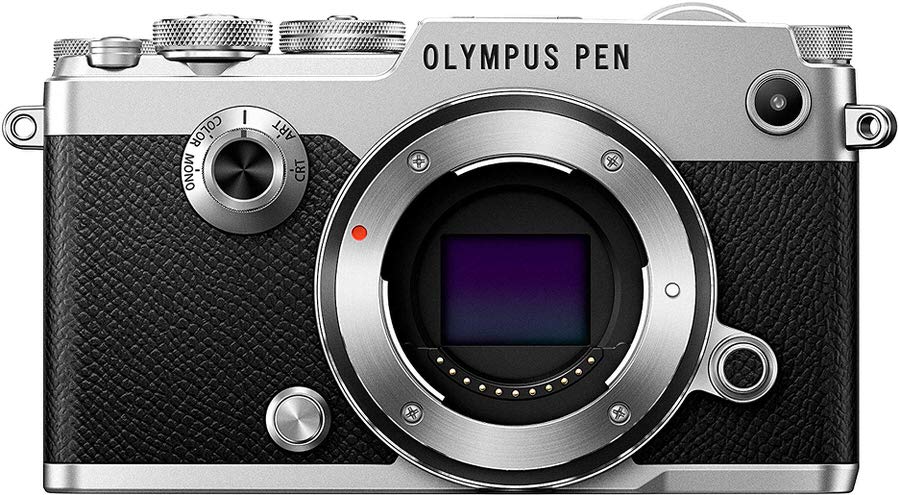 To my eyes, the most stylish Micro Four Thirds camera is the Olympus Pen F. If Fuji cameras are to your liking, but you love the massive selection of lenses for Micro Four Thirds, then this beauty is for you.

This rangefinder-style camera features a Creative Control Dial for film emulations and is very popular with street photographers.

Pair it with the Olympus 17mm f/1.8 lens (34mm EFL) and you’ll be ready to capture street life with an unobtrusive yet impeccably styled camera that is available in black or silver.

There’s been a lot of chatter recently about the viability of Micro Four Thirds cameras with the rapid rise in quality of smartphone cameras.

Will computational photography replace most interchangeable lens cameras with the smaller sensor cameras being the first to go?

Keep in mind that ergonomics and physical controls have a big role in image-making, as do high-quality telephoto images.

With this in mind, one could make the alternative argument that a smaller and lighter camera and lens system may be the one to survive the juggernaut that is smartphones.

The Micro Four Thirds camera system, whether you choose Olympus or Panasonic, is also ripe for its own computational photography.

It may come to pass that the small niche of photography enthusiasts who value physical hardware and true telephoto lenses over the digital zoom of smartphones may turn to this format. And these two companies have shown they’re willing to implement software magic into their bodies.

I can’t predict the future, but I can guide you on the here and now as you contemplate whether or not a Micro Four Thirds camera is right for you.

If you travel or hike, with a resounding YES – I recommend Micro Four Thirds Cameras as your best choice. They are very discreet in hand so also great for street photography.

If you’re a wedding, event and portrait professional, then the answer isn’t so cut and dry.

I’m very glad I started my wedding photography career in this system as it made me work a little harder at lighting, composition and editing.

Currently I’m using both full frame cameras like the Panasonic S1 as well as Micro Four Thirds Cameras. The competitive wedding business is in a trend of super shallow depth of field images and high dynamic range scenes at barn weddings, etc.

I’m a firm believer in using the best tool for the job that you have at hand and sometimes that means using the bigger and heavier gear – but sometimes also means being nimble and saving energy which is especially needed on long wedding days.

Micro Four thirds cameras are also big in the video world and I see them at weddings quite often. The Panasonic GH5 is definitely king of this world.

If you’re looking at this system for wedding videography, imagine the incredible IBIS giving you gimbal-like steadiness for run-and-gun photojournalistic cinema.

If you’re an entry-level photographer who shoots for fun only, then an Olympus OMD EM10 III or a Panasonic Lumix DMC-G85 would be perfect for you. Imagine a multitude of high-quality lenses to choose from that can easily fit into a small camera bag such as a Think Tank Photo Mirrorless Mover 30i.

I hope this guide has helped you in your decision. Enjoy the freedom that this very capable system offers and go out and take some great photographs! 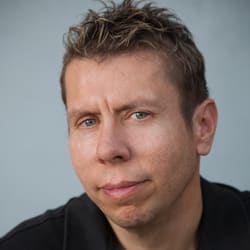