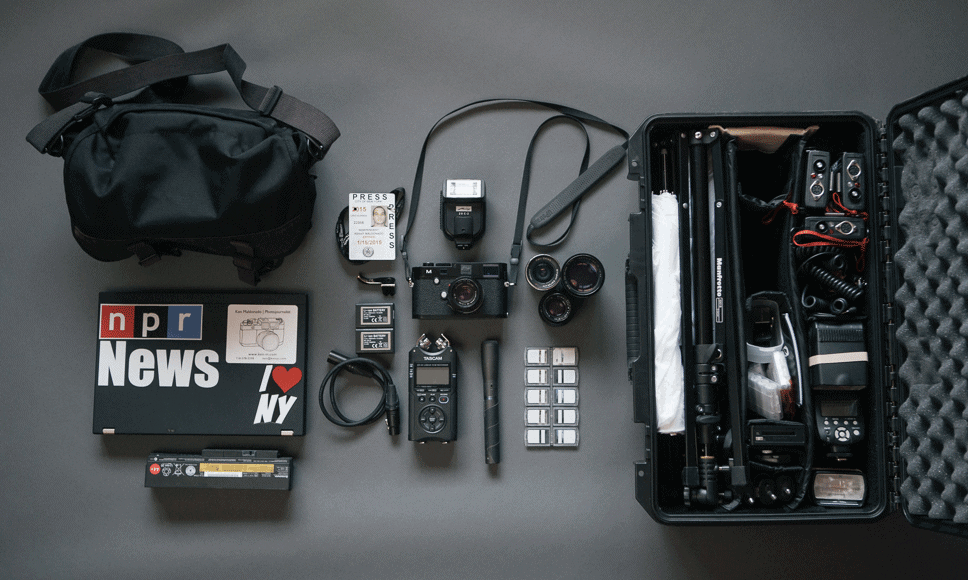 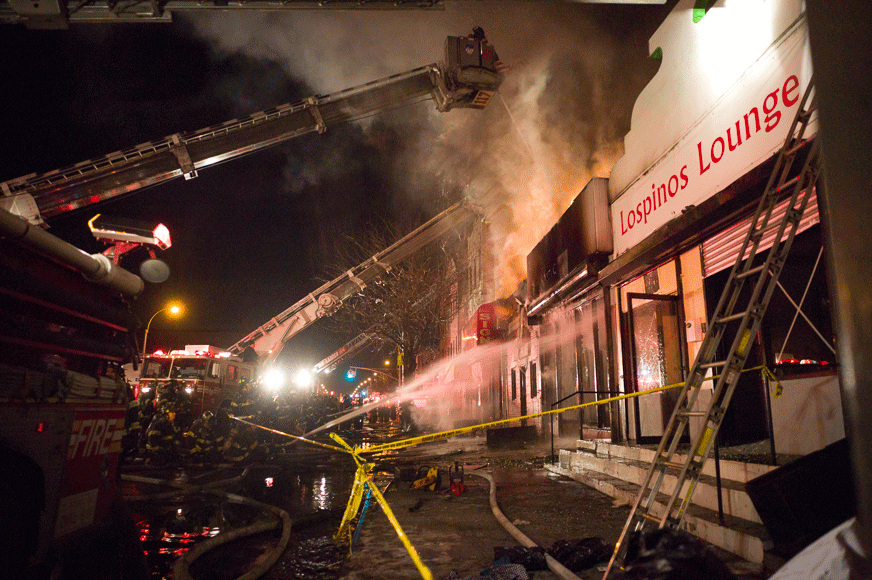 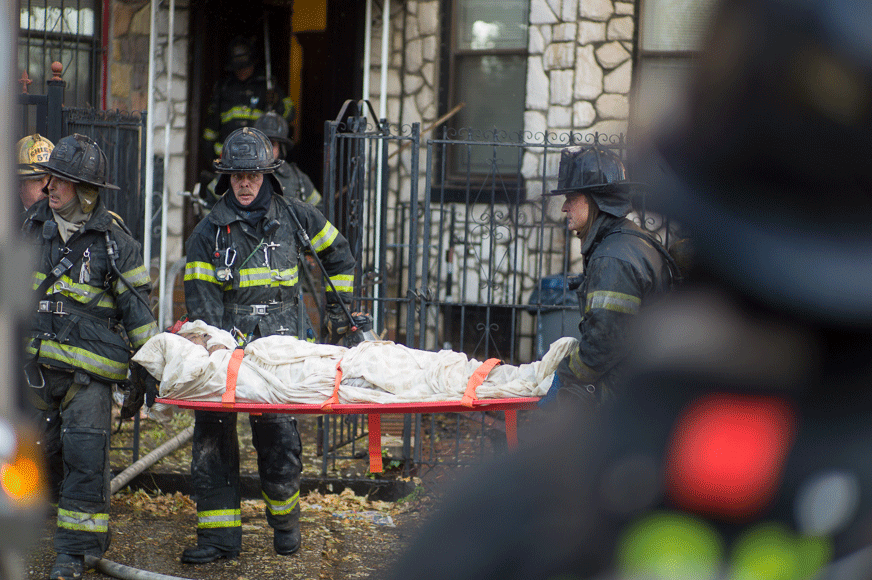 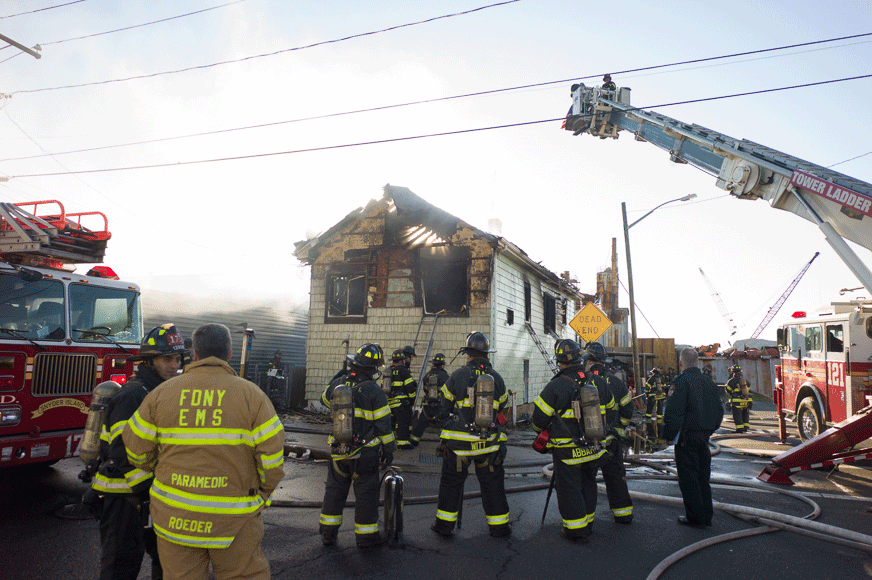 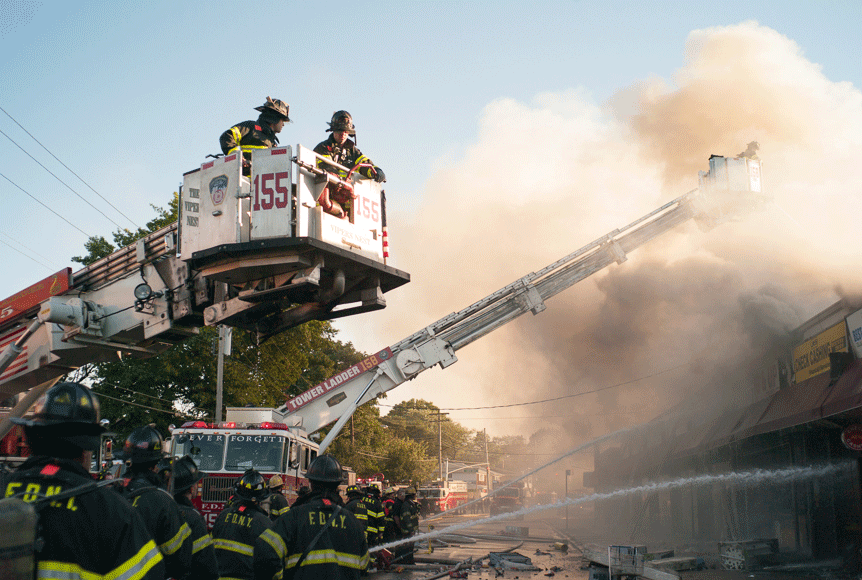 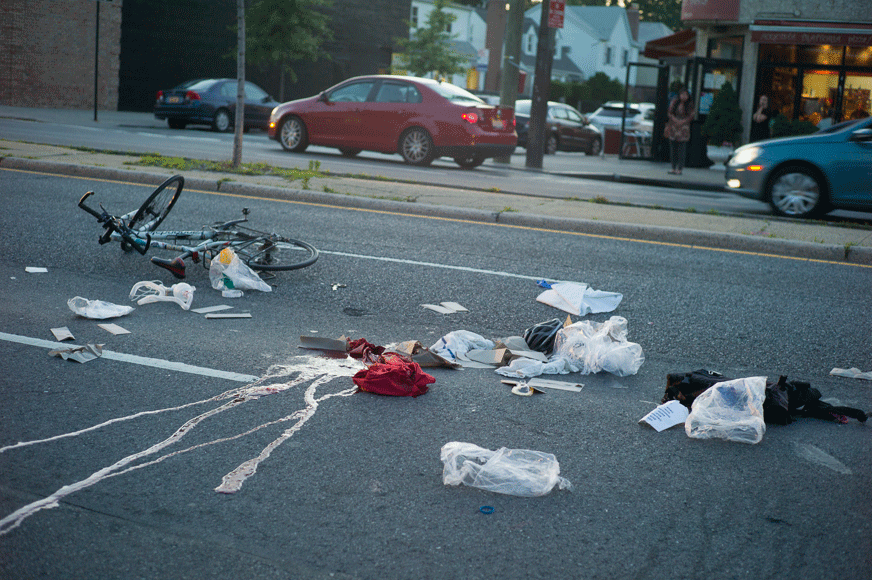 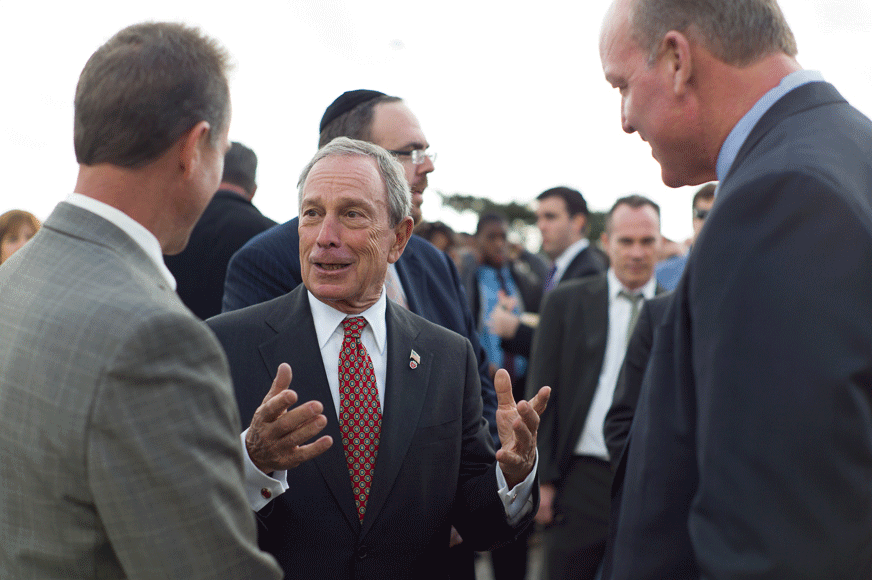 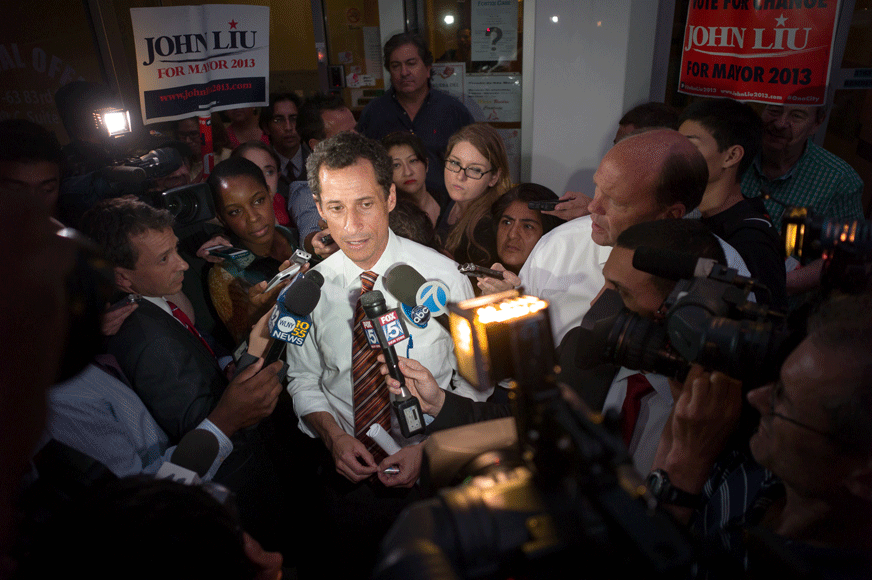 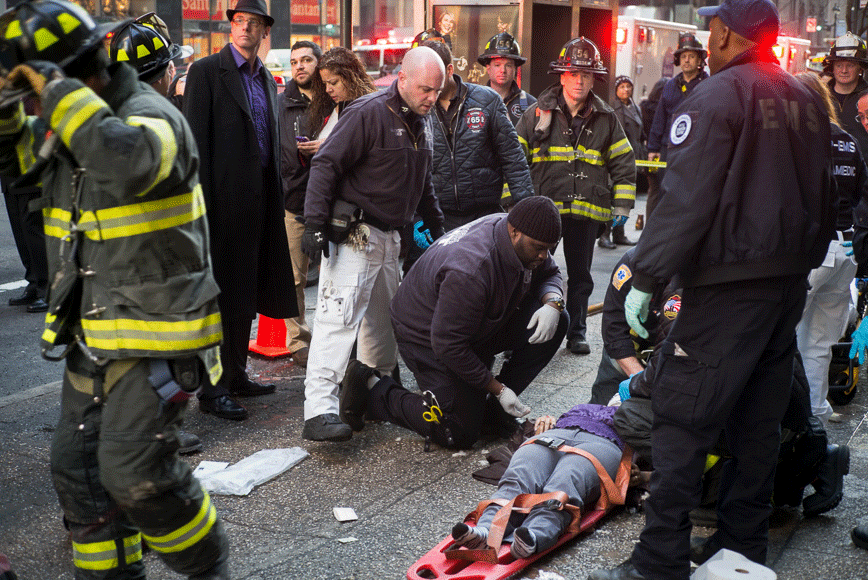 My camera of choice is a Leica. I’ve been using rangefinders since college when my professor at the time suggested I try one out after discussing some of the technical difficulties I was having while working on a series on nightlife. So I sold my starter camera, a Canon Elan 7n, and went out and purchased a Leica M7 and have been a rangefinder user since. The M7 made the transition with me as I became a professional, and I made the switch to a digital workflow with the Leica M8. I could never get comfortable with the concept of a “crop factor” and when the full frame Leica M9 was announced I made one of the first preorders. Today I currently work with Leica’s latest rangefinder, the Leica M240. Its high ISO capability is leaps and bounds ahead of what the M9 was capable of. While it’s more feature laden than its predecessor, in practice it’s no different than working with my old M7, and that’s what I appreciate about using Leica’s, it’s a purely tactile approach to photography. When I instruct photography workshops I often tell my students that the secret to great photography is having a sense of vision and knowing how to manipulate the camera so that others can see things the way you do and my Leica enables me to do just that.

In my bag are four lenses. The Zeiss 25mm f/2.8 is a wide lens with minimal distortion and unparalleled sharpness. The other three lenses are pre-asph Leica Summicron’s. The Leica 35mm f/2.0, Leica 50mm f/2.0 and Leica 90mm f/2.0. The Summicron’s may not be as renowned as the Summilux but I believe they’re perfect for a variety of reasons. The Summicron’s are smaller and weigh less than their f/1.4 brethren. They have a short focus throw which makes focusing with them fast. I’m often close enough to my subjects that f/1.4 provides too shallow a depth of field and requires stopping down anyway. In my profession I often photograph scenes instead of subjects so shallow depth of field isn’t really necessary.

As a photojournalist it’s just as important to provide accurate information in my captions as it is to get a great image so I also carry an audio recorder. When covering breaking news I’m often one of if not the first journalist on scene and gathering statements and quotes helps me to provide reporters who may be stuck behind a desk or in traffic the details they need to write the story. It also helps to break the ice on feature assignments and get to know my subjects a bit which makes them feel more comfortable having me around. My first recorder was a Zoom H2 and it really was a poor choice for my needs because of how the mics were positioned and I ended up getting rid of it. My next recorder was a Tascam DR-07 which worked very well but the build quality wasn’t solid enough to hold up to field use. I currently own a Tascam DR-40 which I use with an Audio-Technica AT8010 microphone. It’s essentially the digital rebel equivalent of audio recorders but just like a rebel it gets the job done and the quality is fantastic. It also has XLR inputs so I can plug it into a multbox at press conferences and send audio back to reporters so they can get accurate info and quotes.

I’m not big on using flash on assignment as I feel it can change the mood of a scene but there are times when it’s just needed and for those occasions I keep a small Metz 20 C-2 in my bag. It’s the smallest flash there is that still offers the ability to bounce and it has its own auto sensor with f2.8 and f5.6 settings so it works well with a Leica. Larger flashes really don’t balance very well on such a small camera body.

To file my images I use a Lenovo ThinkPad X230. It has a 12.5” IPS LCD and hours of battery life. When tethered to my Galaxy Note 2 smartphone I can transmit my images to my editors from anywhere I receive a cell signal. The X230 has space for two internal hard drives. My primary drive is a 480GB SSD and the secondary mSATA drive is a 240GB SSD I use for personal files. To me a large benefit of SSD’s is their reliability and not having to worry about moving parts. When needed I tote my laptop along in a slim Belkin backpack.

During the summer I’ll photograph the occasional wedding. It’s a nice change of pace from the world of photojournalism and the required skills are very much the same. Being able to anticipate a moment and react quickly to what’s going on around you, having to think in terms of a series and how your images will come together to depict the events of the day and getting the shots you need while not intruding on those participating . When I cover weddings I’ll typically use lighting for formals and the reception. I’ll only use lighting for a ceremony if it’s not being held in a church. Because I only use lighting for weddings I keep my light kit in a separate bag, a Pelican Storm iM2500. I had to modify it slightly to fit in just what I needed it to. I decided on the Pelican case over other options because the Pelican is a hard rolling case. When I photograph weddings in Manhattan I often have to transport my equipment several blocks from where I parked and a fabric covered luggage case such as the LowePro’s and Think Tanks would just be ruined by the grit and grime of city streets.

In my lighting bag I keep a set of Yongnuo YN-560II ’s. I like that the power output can be adjusted in small increments to control my ratios. They’re also cheap enough that if I broke one, I wouldn’t miss it too much. The recycle time is pretty fast with rechargeable Eneloop batteries. About 2.5 seconds. To speed it up even further I use Lumedyne Tinycycler batteries that decrease the recycle time to 1.5 seconds at full power and keep them powered for hours during long receptions. To fire my lights I use Microsync radio triggers. I like the small size of the Microsync transceiver because it balances well on my Leica. They don’t have the range of PocketWizards but they’ve never failed me even in large reception rooms. I mount my lights on two Manfrotto Nano stands and occasionally mount a third using a Manfrotto Justin clamp.

When I photograph formals I also use two Phottix 36” doublefold umbrellas to diffuse the light. To figure out my exposure and ratios I use a Sekonic L-308s lLightmeter. I’m not fond of the trial and error method of using the LCD to meter flash. To me a lightmeter is essential because it tells me exactly what’s going on with my light. I often use my flash just a stop above ambient to not change the mood of the location. To prevent disaster I also carry a Sanho Hyperdrive to backup my cards throughout the night. It also makes it a lot easier to just import my images from one location. I replaced the hard drive in my hyperdrive with a 128GB SSD to improve its reliability. My backup camera is a Canon 5Dmk2 with a Canon 24-70mm f/2.8.

I’m pretty happy with my equipment. Each item has served me well for years and rarely sits idle. I know what it’s capable of and what I can expect from it. Though lately I find myself eyeing Fuji’s X-Pro1. The thought of a body with handling familiar to a Leica that would enable me to use a telephoto lens is a bit enticing. I’m not a big fan of 200mm but there are occasions when it would come in handy.