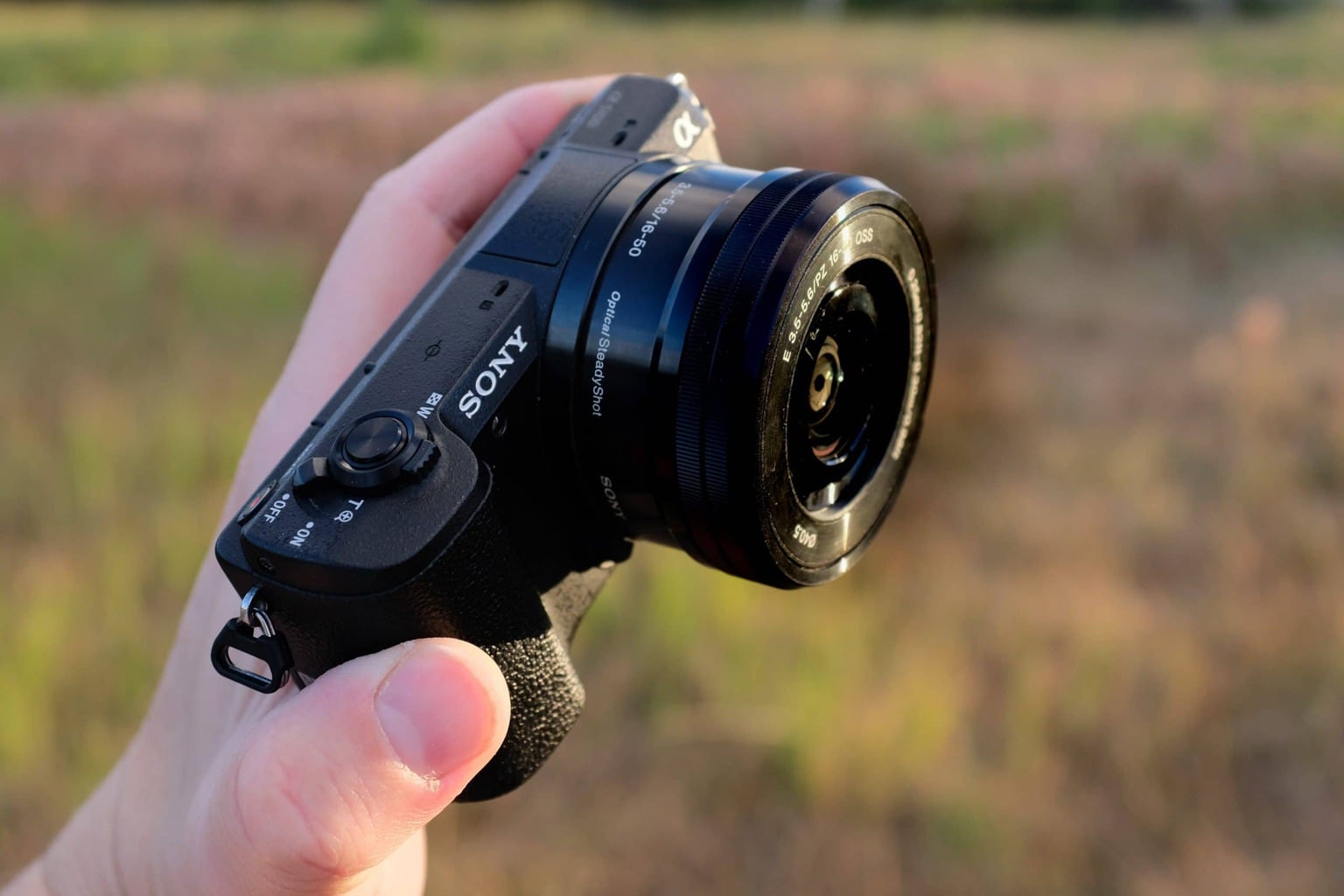 Four and a half years is a long time in the consumer camera market, yet one mirrorless marvel released in late 2014 is not only still on sale here in 2020, but also remains a firm entry-level favourite.

Part of the reason this Sony mirrorless camera is still popular now is because of its affordability and impressive specs.

I am of course talking about the Sony a5100

. Its small size and low price tag have made it a fantastic choice for those starting off, or for photographers with other Sony E mount cameras who are looking for a light second body.

I was curious to see how this camera would perform compared against my Fujifilm X Series cameras… and I wasn’t let down.

Let’s have a closer look at how it performed.

This impressive compact camera features a 24.3 MP APS-C CMOS sensor, BIONZ X image processor, 3-inch LED touchscreen and 6fps continuous shooting, all wrapped up in a lightweight body. Shoot up to 75 JPEGS, 23 RAWS, or 22 simultaneous JPEG + RAWS before the buffer slows. The a5100 is affordable and excellent. 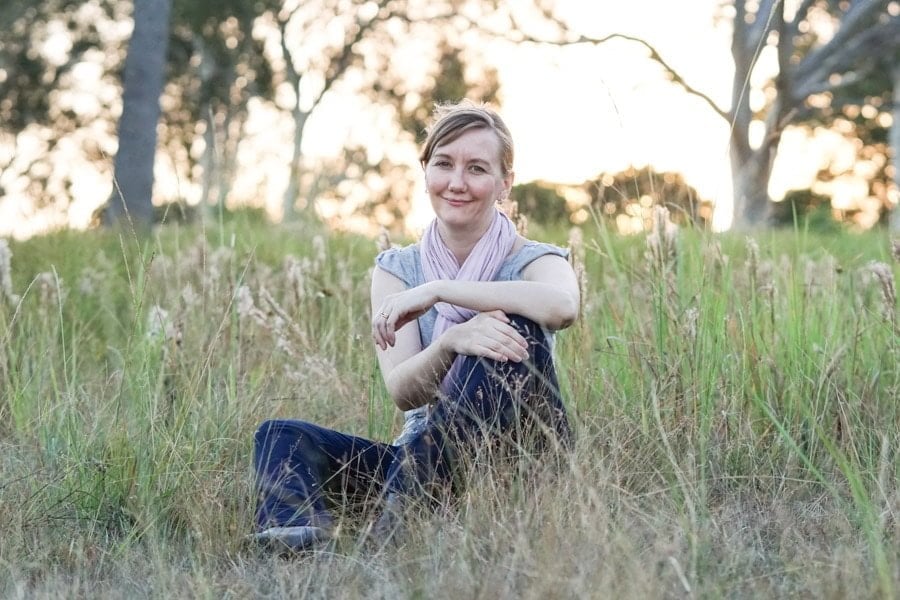 Never having used a Sony camera before, I was quite surprised with how small and light the body of the a5100 is. 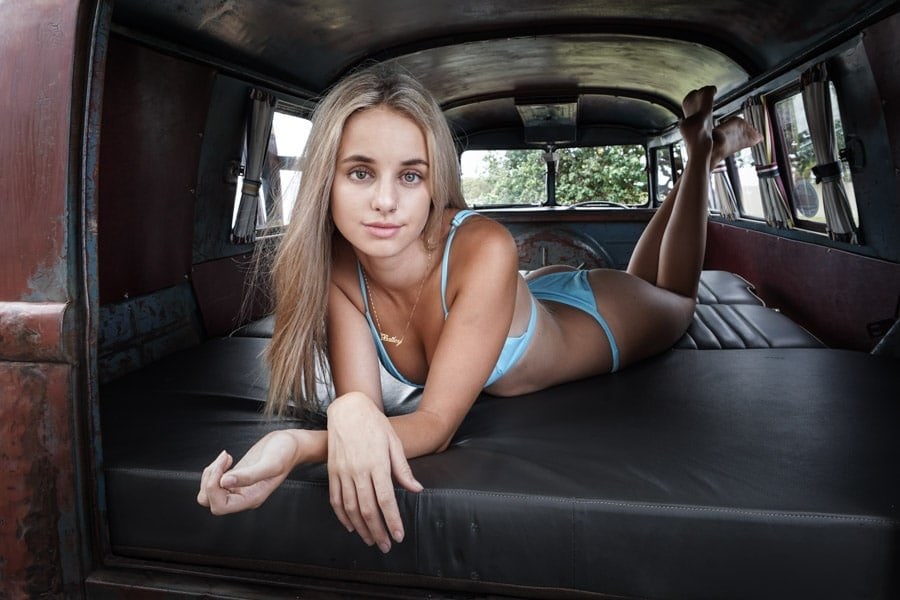 Build quality of the Sony a5100 is good, about the same as many entry-level cameras. Although it may look a bit plasticky, it does have a solid feel to it overall.

The body isn’t weather sealed, but most cameras at this price point aren’t.

At first I wondered how durable it would be over time, but I’ve heard positive feedback from photographers who’ve had the Sony a5100 for several years. 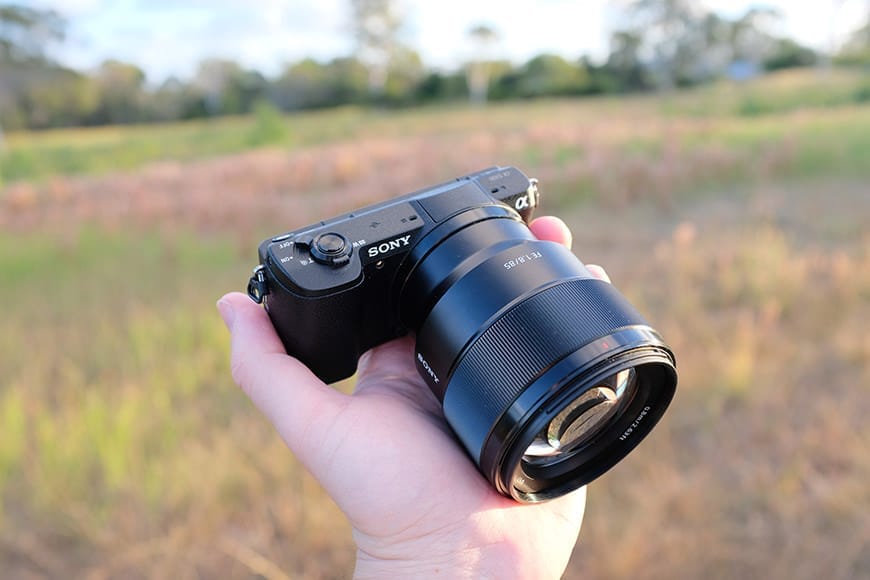 Criticisms of the Sony menus crop up quite often in online groups, but I found the menu system surprisingly easy to use.

I quickly figured out the control wheel next to the screen controlled the exposure compensation (when pressed down), shooting modes (left), ISO settings (right) and dialing the wheel left and right controlled the aperture.

You can customise the menu settings for your own preferences, but I left it as it was.

Features abound in this pocket marvel: there’s a dedicated movie button near the shutter, as well as a button that springs a tiny built-in flash into action.

Sharing photos is a breeze with both WI-FI and NFC sharing. 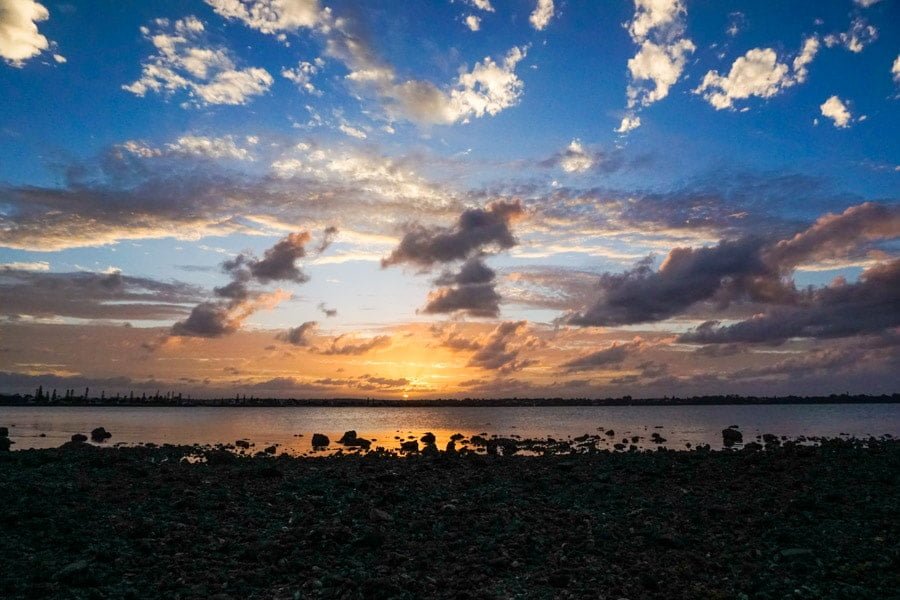 Despite entry-level build quality, the Sony a5100 did feel comfortable to hold, carry, and shoot with. It arrived without a strap attached and I didn’t use one with the camera the whole time I had it.

I was able to take one-handed shots with ease with the bundled zoom, but not surprisingly, this got less manageable when I attached some of the heavier, yet excellent glass that is available for the Sony E mount. 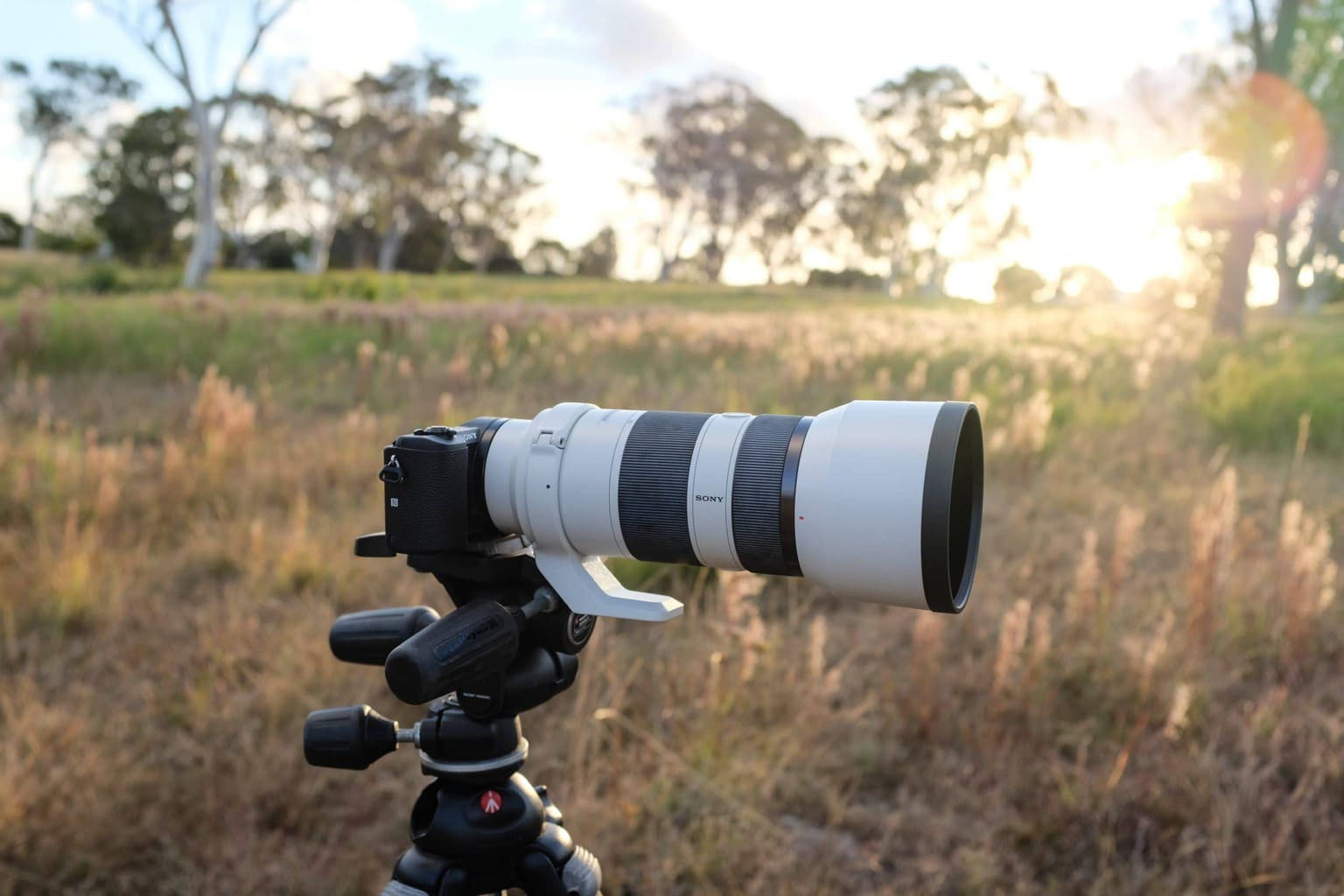 This popular zoom lens weighs 840 grams (1.85lbs), not unusual in size or weight for lenses like this, but it just felt odd paired with the tiny a5100.

lens, the Sony a5100 felt more comfortable to shoot with for portraits. 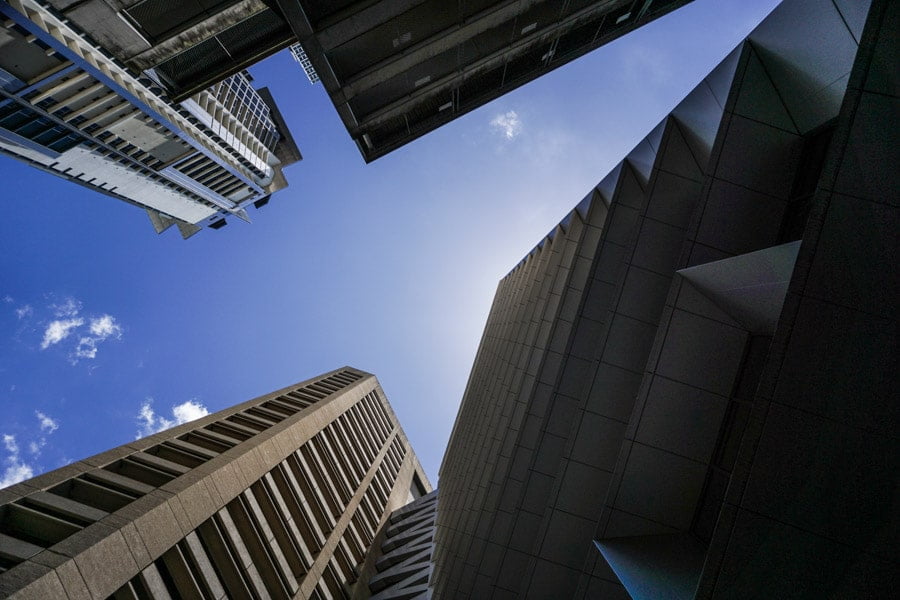 The Sony a5100 features a 3″ LCD screen which can be used to set focus and take photos. The screen can’t be used to navigate the menus, however.

The LCD screen is quite good, but it needs to be as the a5100 has no viewfinder. Coming to the camera from a smartphone or another entry level camera, this may not bother you.

Having shot with film and digital point and shoots, SLRs and rangefinders for the last 25 years, I did find it strange to always look at the screen and I’m not sure I could get used to it long term.

This is mostly because of environmental factors: I live in sunny Queensland where it is very hot and very bright. I tested the camera in summer, when sunrise is at 4.30am and sunset is around 7pm.

This made it very hard at times to see the screen properly due to glare. Even in early morning and late afternoon it was difficult to see exactly what was on the screen. Between 9am and 5pm it was almost impossible.

When I was able to clearly see the screen, I found it to be pretty good. It flips upwards 180 degrees for taking selfies and vlogging, and at 90 degrees, it’s ideal for waist view finding just like your grandparents’ TLR.

Strangely it does not flip down for overhead shots which I found a tad frustrating. 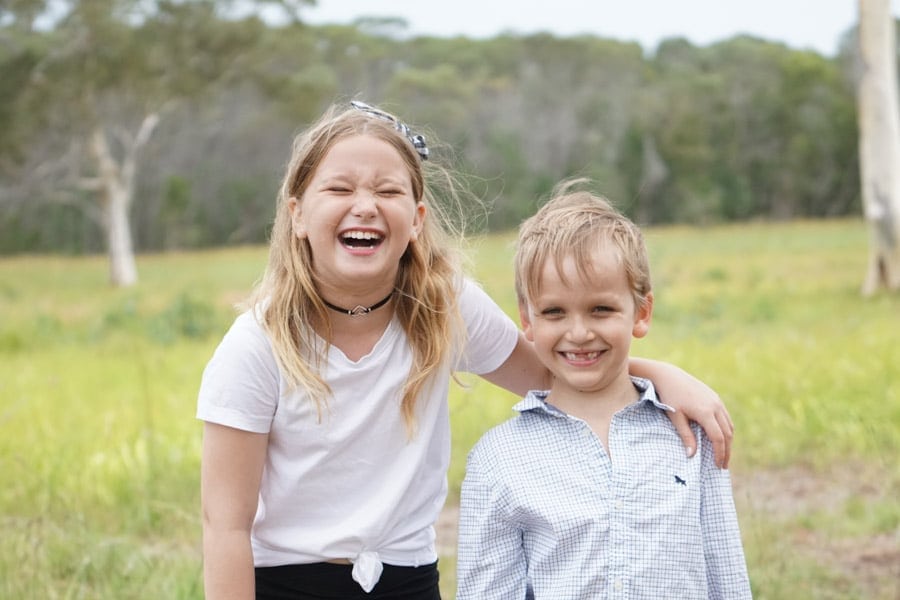 Focusing with the Sony a5100

Given the challenges with seeing the screen, I wasn’t banking on getting too many keepers in bright shooting conditions.

managed to get in-focus, sharp images every time, even though I couldn’t see what I was doing very well. Metering was also reliable in a variety of shooting circumstances. 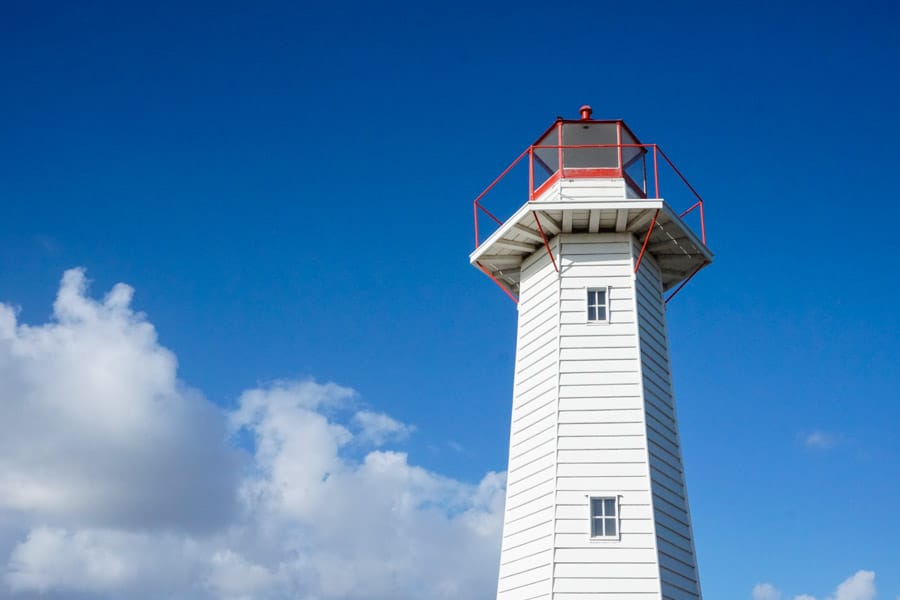 The Sony a5100 performs very well at high ISO levels. I know this because I committed a rookie error with this review camera – I didn’t reset the camera settings and ended up shooting at ISO 2000 the first couple of times I used it.

The images of my wife in a field were all shot at ISO 2000, but I didn’t even notice until I saw the loupe overlay in Lightroom giving me the shot settings. 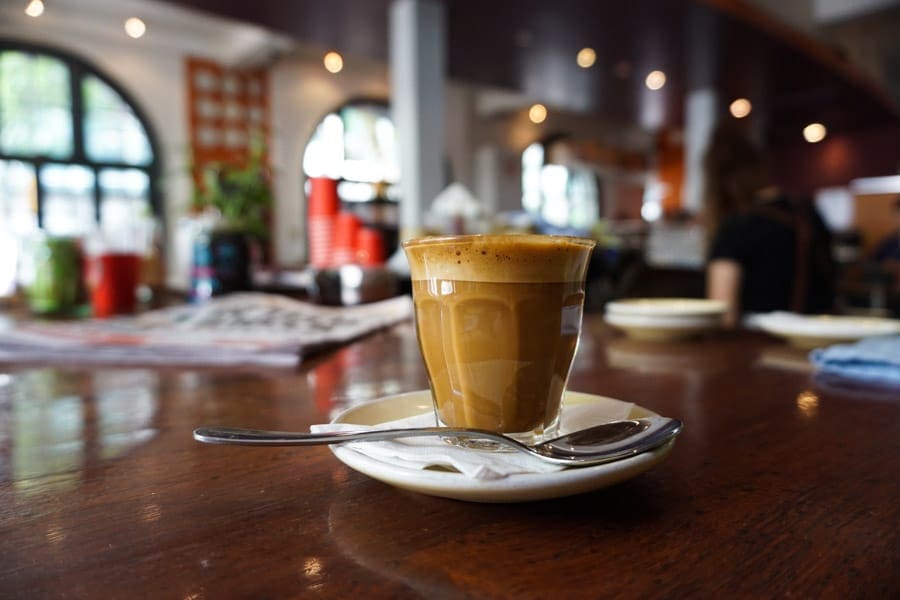 Firstly, it was small enough to take everywhere with me – a feature I love in a camera. Secondly, I wanted to use the exact gear that someone coming to mirrorless for the first time would use.

Can you make great images with entry-level kit? Yes, you can.

Images from all three lenses I used were sharp, and I struggled to tell which lens was which, looking at the images alone.

The bokeh from the kit lens on the Sony a5100 is surprisingly good; I found it to be quite pleasing to the eye.

I loved the smooth and creamy bokeh of both the Sony FE 85mm f/1.8

The only area I’d like to see some improvement in is the skin tones. In some shots, the skin tones did look odd, especially in contrast with identical pictures I’d taken with Fujifilm X Series kit.

[Editor’s comment] Due to the massive popularity of the Sony a6000 (the most popular mirrorless camera of all time), I felt it might be useful to include a short section concerning the battle between the Sony a5100 and the Sony a6000.

Both cameras have the same APS-C sized 24MP sensor and same compact size, but there are some small differences between the models.

Most importantly, especially if you shoot in bright sunlight like Matt, the Sony a6000 includes an actual viewfinder, which will also please the more traditional photographers among us.

On the flip side, there’s no touch screen on the a6000… but as mentioned in the review, the touchscreen on the a5100 is rather limited in its usage anyway.

Some other wins of the Sony a6000 over the 5100 include the inclusion of a hot shoe to attach a camera flash, a faster shot rate (11fps vs 6fps), more customisable buttons, and a better grip.

Wins for the Sony a5100 include a slightly longer battery life, lighter weight (283g vs 344g), smaller size, and a price tag that’s around $50 cheaper (see latest price here).

Also, if you’re a vlogger or you need to video yourself, the Sony a5100 is the best option due to its LCD screen whcih you can face forward – the a6000’s screen is merely tiltable.

So, the decision is yours – both are excellent cameras capable of squeezing every last detail out of the APS-C sized sensor, with auto-focus performance that’s better than most dSLRs, all at an incredibly attractive price point. 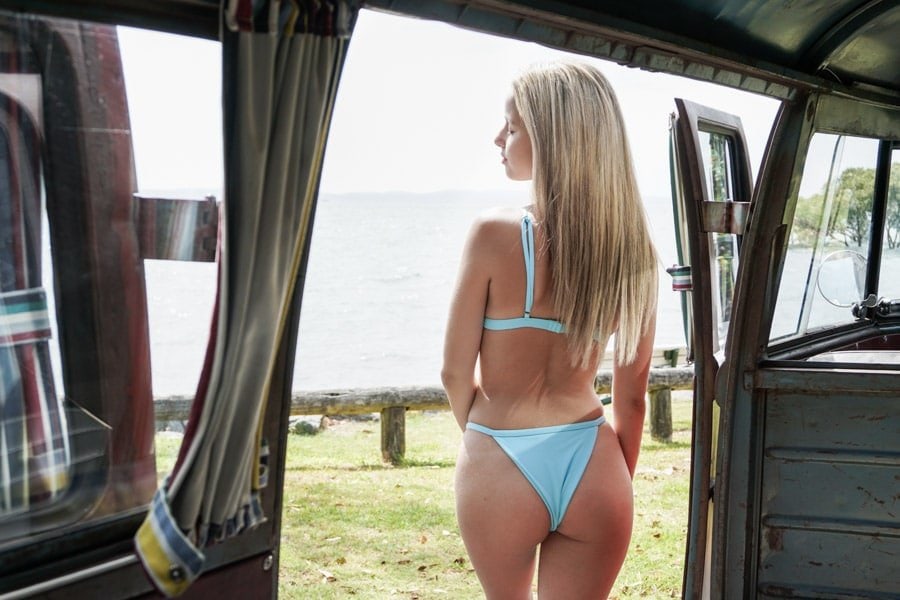 Four and a half years on, the Sony a5100 is still a firm entry-level favourite – and it’s easy to see why.

Although it may be small, it boasts impressive specs, a low price tag, and is capable of producing fantastic images.

The bundled kit lens produces excellent results and pleasing bokeh, all in a package that you can fit in your pocket and take anywhere. Further, the array of lenses available for Sony E Mount is impressive.

I was particularly impressed with the fast, accurate auto-focus. Even in bright shooting conditions when I couldn’t see the screen, the Sony a5100

The lack of noise in images shot between ISO 1000 and ISO 2000 was incredible – there’s no way I would’ve guessed the portraits of Sarah in the field were shot at ISO 2000.

In some ways, the camera is just starting to show its age – for example, you can’t use the touch screen to navigate the menus. As I’m not a huge fan of touch screens, this didn’t bother me at all.

The only things I didn’t like about the camera were the lack of viewfinder, and the rendering of skin tones in some of the images.

Would I recommend the Sony a5100

? Absolutely. If you’re looking to get into mirrorless, or if you’re already with Sony and looking to get a small second camera body, the Sony a5100 is still a very good choice.

I doubt there are too many other cameras you could say that about four and a half years after their release. 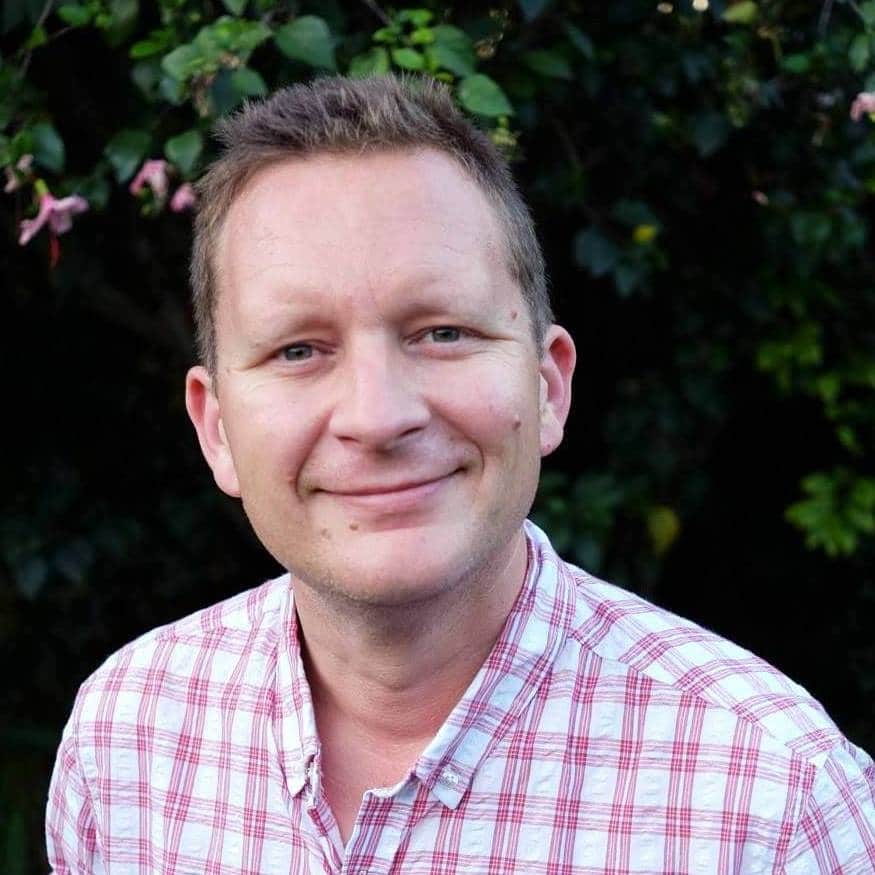 Matt Murray is a travel, portrait and stock photographer from Brisbane, Australia.