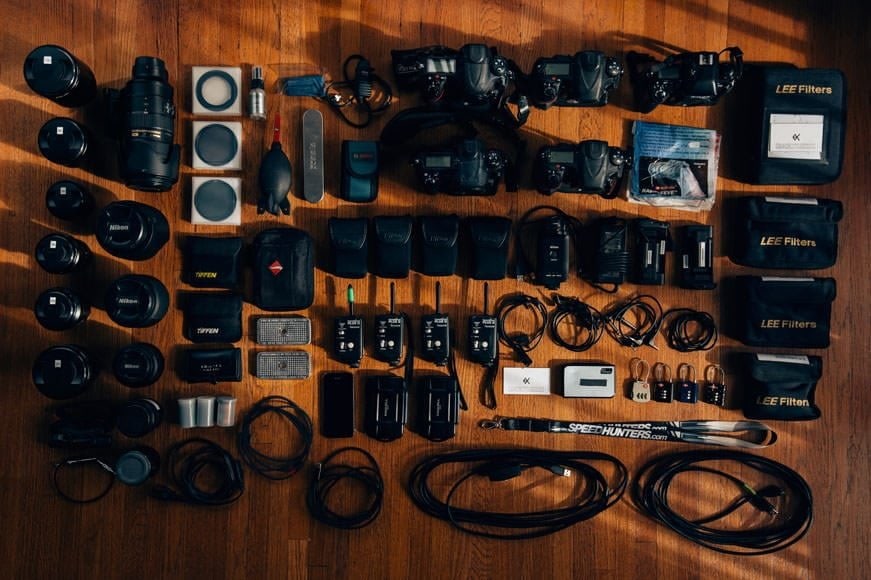 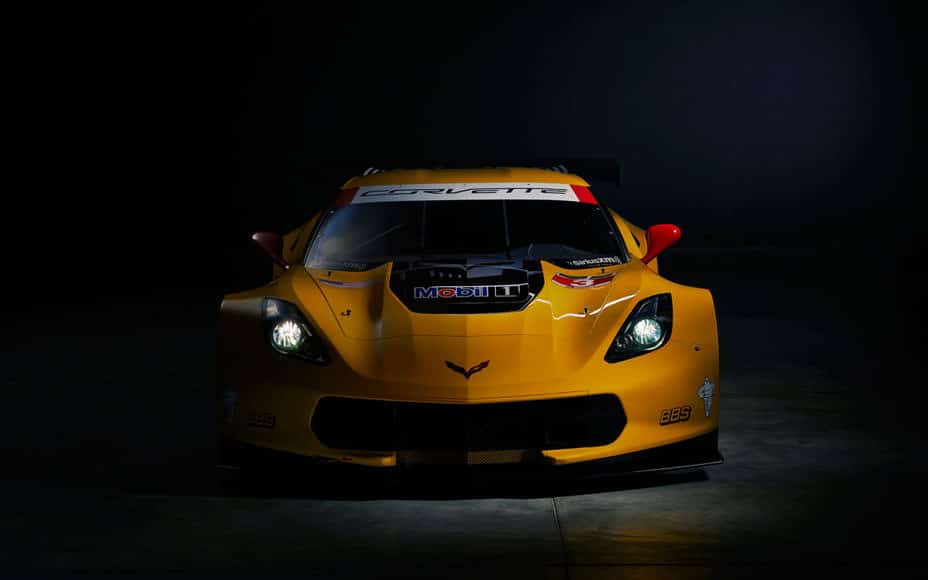 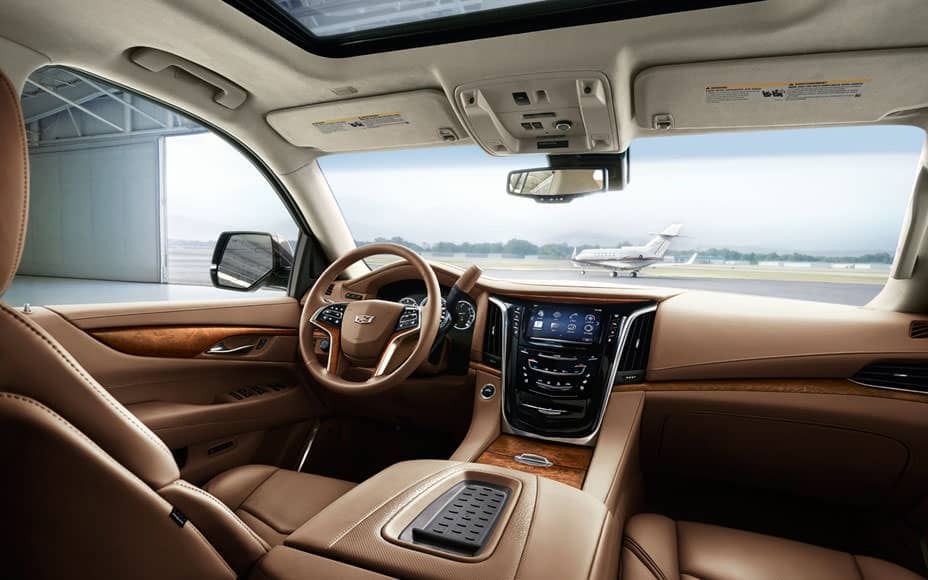 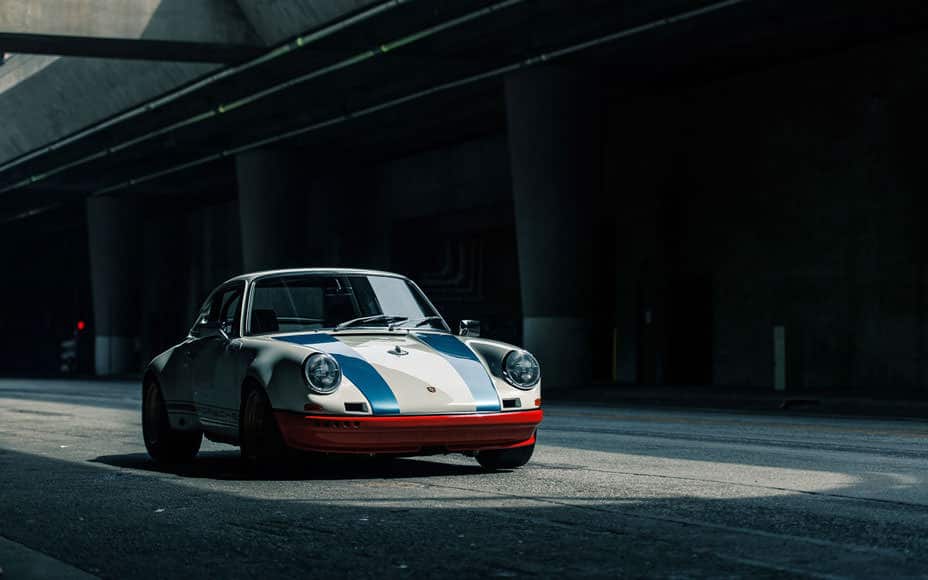 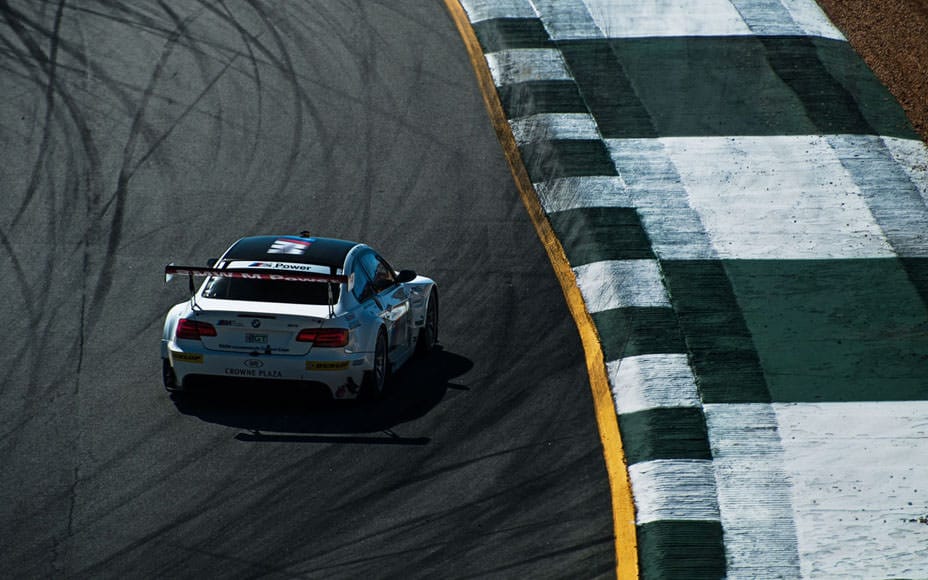 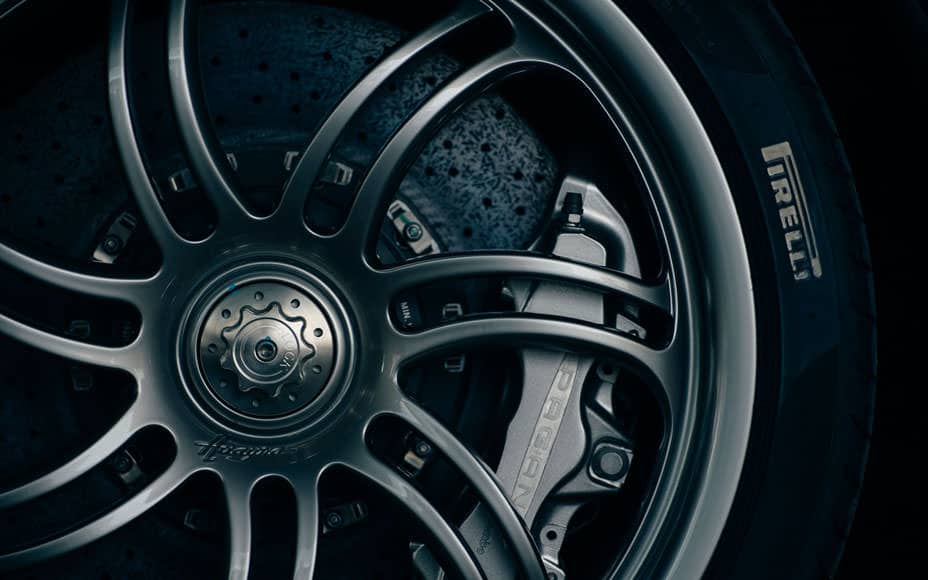 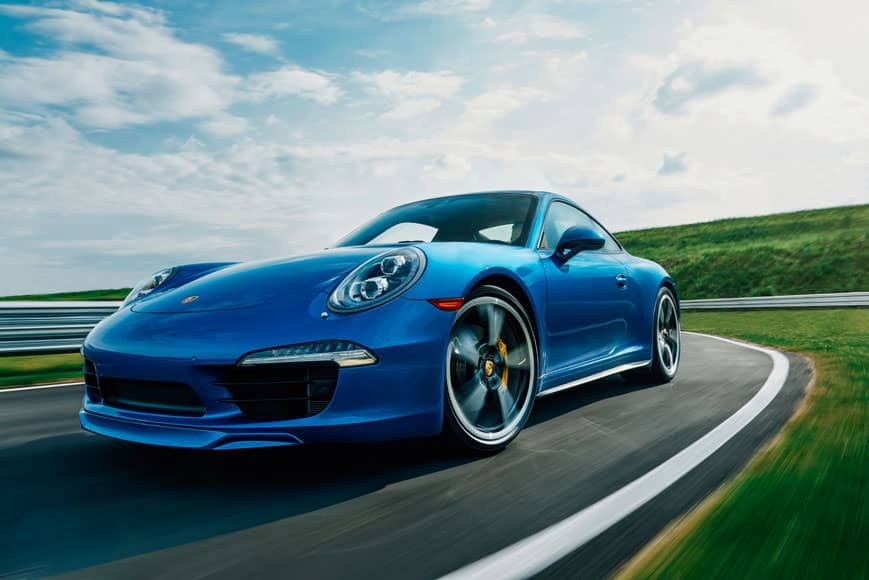 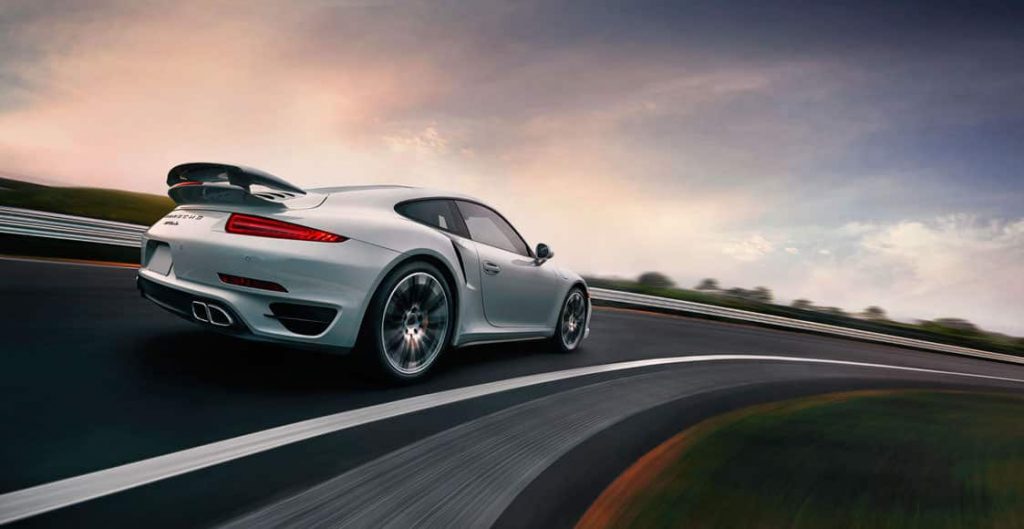 Hey sports fans! My name is Sean Klingelhoefer and I’m based in Los Angeles California. I’ve been pigeonholed as an automotive photographer by my own design, but I’m really just an artistic weirdo with an affinity for light (aren’t we all?).

Without really meaning to I’ve been fortunate enough to become known for creating images that showcase strong vehicle design, a sense of speed and beautiful light.

While most photographers in my corner of the industry choose to get ultra niche and make a choice between studio, location or motorsports work, I love the challenges and unique aspects of each and so I continue to shoot whatever projects I find fascinating.

Due to this wider scope I essentially have built two kits that have completely interchangeable parts with one half designed around shooting cars sitting still or at least in a very controlled manner and the other around capturing them on the move, often at very high speeds.

Now this is by no means meant as a definitive kit and there’s loads of gear I use on a regular basis that aren’t shown here, but to keep myself from procrastinating any further than I already have (I’ve managed to avoid this for several months already – new years resolutions baby!) I decided to limit myself to the three Pelican cases that are responsible for very nearly all of the work I do.

It is for this reason I’ve left out a lot of my personal “fun” cameras (land cameras, toy cameras and Hasselblad V bodies) and decided to focus on the breadwinners.

I also decided to leave out any support, grip and lighting for sake of keeping my sanity and getting this article done but it should be noted that many of the images here were created with a host of extra gear not shown.

There are lots of jobs that require a full truck loaded with various grip and lighting instruments, not to mention custom built rigs used to create the illusion of speed or high-tech camera cars when a job stipulates that we really chase them down at full clip. But I digress.

As you can tell at first glance I’m a Nikon guy. I did start shooting film on a Canon Rebel Sii

, but ever since I saved up to buy my first camera in high school, a second-hand Nikon N90S

I’m not really one to try and talk people into one camp or another, and in fact I think it’s borderline irrelevant what you shoot with so long as you’re comfortable and able to make the images you want to make. In this day and age it’s hard to find a “bad” camera, and good light, good composition and a good concept will always trump technology in my eyes anyway.

That said, I find there are a number of reasons I choose Nikon, just some of which being: forward- and reverse-compatibility of lenses since the ‘50s, excellent ergonomics, common-sense features and the lack of having to menu-dive to adjust things you need to adjust quickly before the shot disappears.

Over the years several of my assistants have switched from other brands simply by observing me using the cameras and after a certain amount of “wait, your camera does what!?” moments they ended up switching over.

In fact two of them have even been featured on this very site—Matt Jones and Nate Hassler (who has since switched to Nikon after his ShotKit feature).

Anyway let’s get into what you’re really here for, the gear. I think the easiest way to break everything down is to split the kits into two categories: Advertising (large sensor, manual lenses) and Editorial (high speed body, fast AF lenses).

While there’s certainly some crossover between the two segments (I use all of this gear in myriad ways) this is the easiest way I can think of to explain the most frequent uses for my gear.

Commissions from advertising represent about 90% of my income and I think I was really fortunate to “turn pro” at the time when I did. When I first started shooting bigger campaigns back in 2011 the only options were to shoot on Hasselblad and PhaseOne systems due to resolution requirements.

While I still use MF systems from time to time, I find them to be completely uninspiring for my workflow. They’re heavy and clunky, buggy and the autofocus and high ISO are borderline unusable—all of which doesn’t work at all for shooting cars at high speed, and I even find them cumbersome in a studio environment (who else has spent half a day in the studio trying to get the back to communicate with the computer it’s tethered to!?).

Fortunately when the Nikon D800

came out it revolutionized how I shoot most of my commercial projects. When the Nikon D810

already was, but when I did upgrade over a year ago I didn’t look back for a second. The files are so dense it’s almost like exposure and ISO has become irrelevant and I can get excellent results even when the exposure is blown by three stops in either direction.

Even as I type this I’m still completely astonished at how far digital technology has come.

When you pair the sensor of the Nikon D810

with the resolving capabilities of Zeiss ZF.2 lenses you get a combination that I feel isn’t rivaled by anything on the market for the kind of work I do. With great optics and build quality at such an affordable cost (relatively speaking) I’m able to frequently have multiple cameras running at the same time popping off 5fps at 36mp giving me a lot of opportunity to catch “the shot” when a car is in action.

Plus they’re affordable enough that if something does happen (cameras have been known to come off even the most secure grip solutions) it doesn’t blow your insurance policy replacing them.

But in all honesty they’re perfectly at home in the studio as well and they’re great cameras tethered and sitting on sticks. And with all the clever modifications offered by Nikon (like the A/C adapter, wireless transmitter or the conversion to run the full-size batteries from a Nikon D4s

Aside from the occasional need for a technical camera to be able to shift/rise/fall a digital back for stitching purposes, this kit doesn’t leave anything to be desired from my point of view.

As a former mechanical, automotive journalist and self-admitted car nerd I get a lot of interesting requests for editorial jobs. While these jobs don’t hold a candle to advertising in terms of budget I usually have a lot more room to express myself and I do some of my best work with no permits, just hitting the streets and winging it.

When it comes to this kind of work I need a reliable system that gets up and running quickly and shoots fast allowing me to get in, rattle off lots of shots and get out without getting busted.

and a Nikon D3

. When frame rate takes priority over ultimate resolution I find the Nikon D4s

brings to the table. That said the Nikon D3

still manages to hold its own and I just can’t seem to pull it from the stable.

I also have a semi-superstitious belief that it’s a lucky camera as it has produced an uncanny amount of cover images for me over the years—it just always seems to be the camera that ends up nailing “the shot” at the end of the day.

The flagship cameras are rock solid and I’ve shot 24-hour races all over the planet in every weather condition imaginable (from -30F to 115F, rain, snow, sleet, dirt—you name it) and they’ve always been incredibly stable. Furthermore the ergonomics are incredible (if only Nikon would get around to putting a Nikon D810

sensor into a full-size chassis!). In addition to the robust build it couldn’t be easier to adjust all sorts of settings while my eye never leaves the viewfinder.

When I’m shooting with these cameras it usually means time is of the essence, which means the Nikon 24-70mm f/2.8

is on the other. With this combination there is very little I can’t do, and if I can’t it’s because of my limitations not the gear.

Sometimes I’ll use my teleconverter or rent a 400mm when it’s called for at the circuit, but if I had to recommend a basic kit for someone who’s looking to photograph cars in a wide variety of circumstances those two lenses account for almost all of the work I do for magazines. The Nikon 16-35mm f/4

usually only comes out for video requiring VR, interiors or shots where the environment is cramped.

I wanted to make a special note about the iPhone because I was apprehensive about smart phones for a long time and I was a very late adopter to the iPhone (my first one was a 4s in 2012) but it’s completely revolutionized the way I think about light. I used to find it pretentious when people talked about shooting with their iPhone, but over the years the device has grown to become a second skin, a companion that is simply always there.

At this point I can’t deny its allure—I literally can’t wait for the day that I can show up to a set and shoot a whole campaign on my phone.

While I do enjoy locking myself in the studio for a week and creating intricate lighting scenarios, my favorite kind of photography is when you stumble upon a real moment and encounter piece of light so delicious you can’t avoid shooting it. For this reason many of my favorite and most meaningful photos were shot with my phone.

I initially bought my Nikon Df

as a walk-around camera but the combination of the annoyance of something dangling from my neck and my personal hatred for people who wear cameras as fashion accessories prevents me for using it much outside travel, so nine times out of ten when life happens my iPhone is the only camera there.

It’s taught me a lot about myself and strengthened my appreciation for light and how I see the world. Without expecting it, this device completely changed the way I think about photography and if there’s one thing I could go back in time and tell my younger self it would be to stop worrying about gear and technical aspects and just get out and shoot. So whatever kit you might be working with, get out there and chase some light and have a good time doing it.