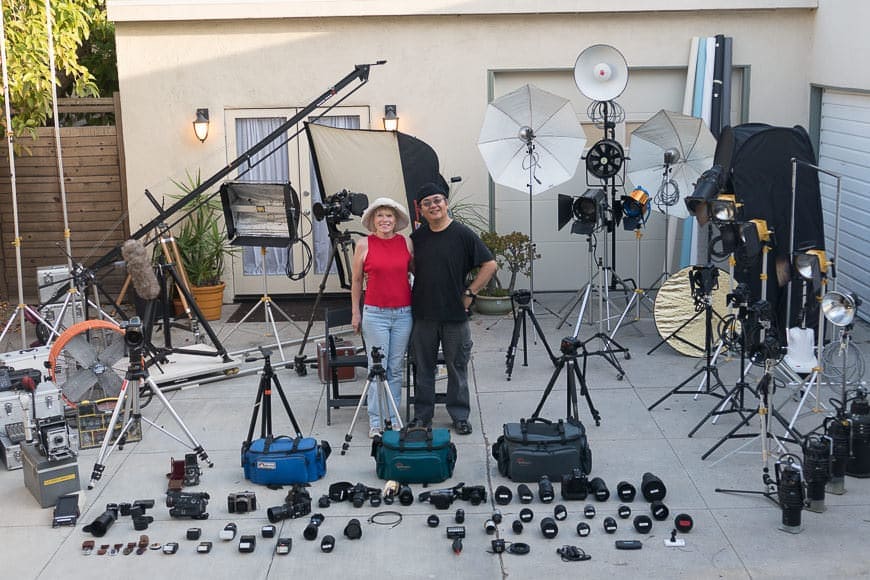 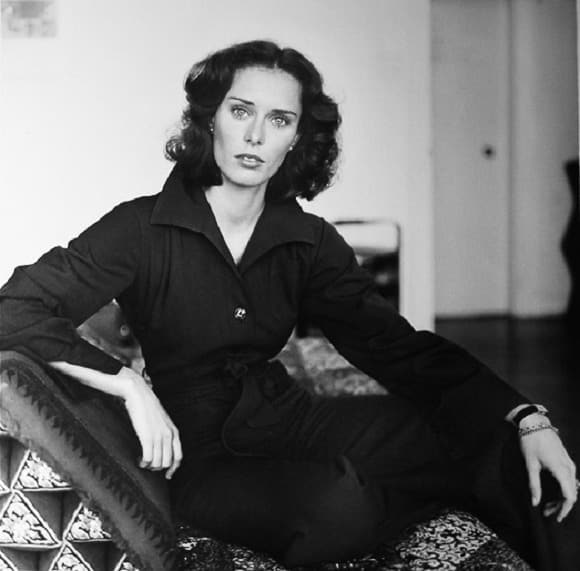 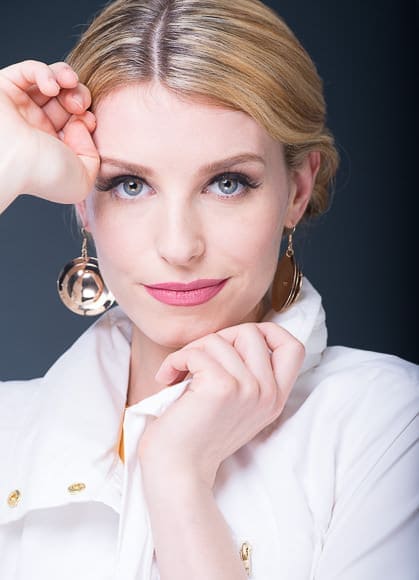 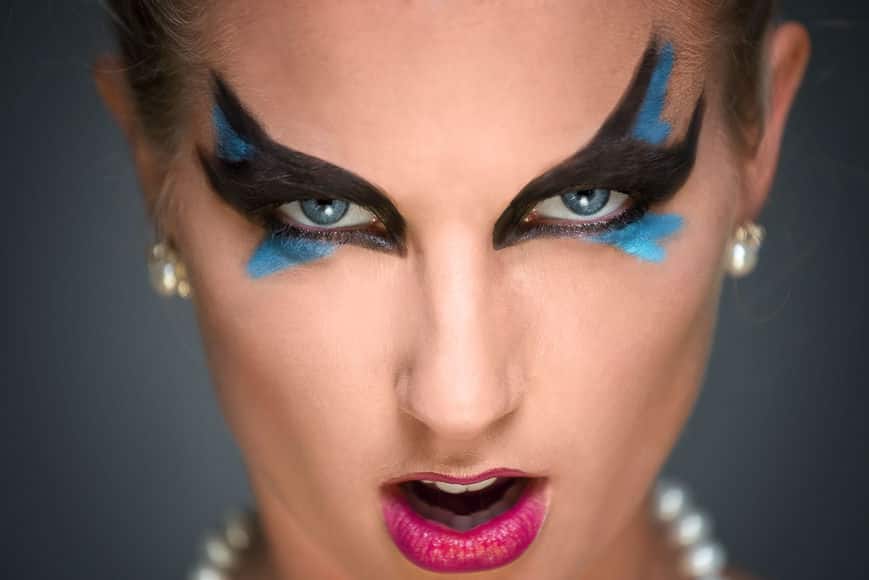 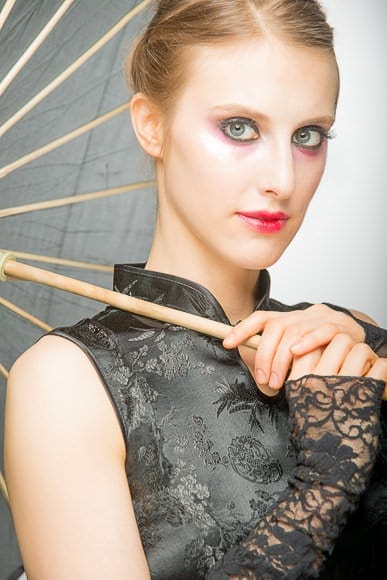 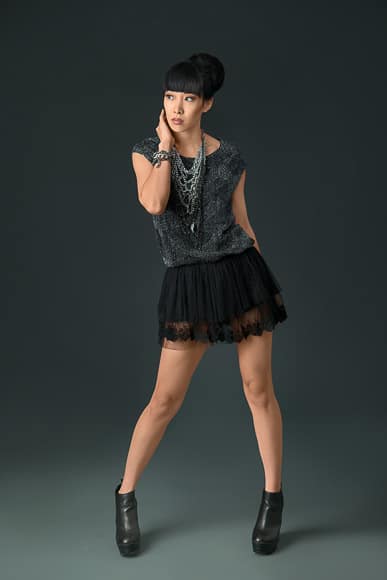 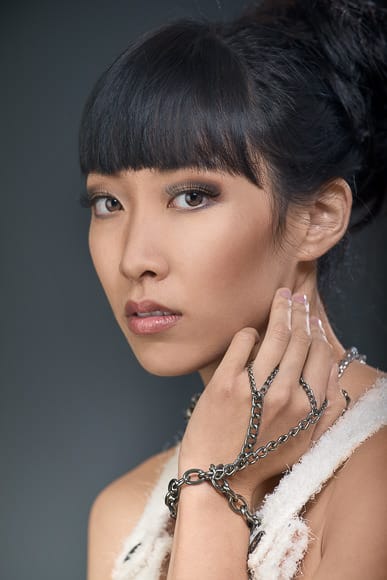 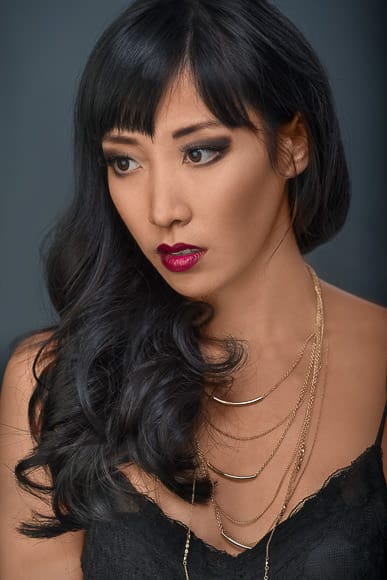 Hi all! Chris here, glad to be here and honored to be asked to contribute to our general pool of knowledge. I’ve been shooting fashion and headshots pretty much since the mid 70’s, when I apprenticed and then assisted a few leading lights in London and then in Hong Kong, where I “graduated” and became a full time fashion photographer.

, and of course Nikons, Leicas and pretty much every other brand of 35mm camera. Of course as an assistant I had to be able to use, troubleshoot and repair all of them without thinking about it – a useful skill that I retain to this day.

My first camera was an older Rolleiflex 2.8C that I had as a gift from my Dad through my earlier teens. After I sold my first photos, I added a Hasselblad 500C/M

with a 150mm lens and an NC2 prism, a killer headshot combination.

Medium format was Rolleiflex, Hasselblad and an oddball, the Pentacon Six with the still-fantastic Zeiss Jena Olympia Sonnar 180mm f/2.8 lens that yielded incredible black-and-white portraits that stand up to this day. Large format was Rodenstock lenses into mainly Sinar P’s.

Studio strobe was Broncolor Hazylights and Beauty Dishes, and location was Metz/Mecablitz.

with L glass, and a Canon Scoopic, and several Canon video and HD cameras. It’s just that when I started, Nikons were more available and less expensive than Canons. Then, when I could afford what I wanted, I was already deep into Nikon, Zeiss and Leica glass.

Don’t forget that back then there was no Photoshop and the only retouching was the hard way – in the darkroom while printing, or directly on the negatives themselves. So all the different characteristics of all those different lens makers were used as “preset looks” to get differing portraits – or, put another way, the lens was chosen to suit the face being shot, and the camera make and model was just the box that went behind that chosen lens.

So from the softer lenses like Minolta, through the more realistic color reproduction lenses (Zeiss), through the hardest contrasty lenses (Pentax, Mamiya), plus all those varied focal lengths and their accompanying shooting distances and perspectives, that was our Photoshop, that was the way to our “looks”. (Model’s nose too long? Stand back, go longer, compress that nose!).

In the darkrooms, our enlargers were mostly Leitz and Omega back then as well, with the Leitz Focotar II and Rodenstock enlarging lenses

So after awhile I traded the Nikons for Arriflexes to light and shoot commercials.
Mainly, in 16mm it was an Arri 16BL and ST with Zeiss primes, and in 35mm I ran an Éclair Cameflex 16/35mm French camera with Angenieux zoom. Later I added a couple of Russian movie cameras in 35mm, with a gorgeous set of Russian Lomo lenses, and then a Swiss Aaton 7LTR from the UK which was modified to shoot 54 fps and Super 16mm film. We moved the main studio from Hong Kong to Bahrain and out there I was mainly shooting film, not a lot of stills.

After awhile I went back to the UK and started to work in the world of feature films, but more in editing than in production. I’ve been doing that for quite awhile, having edited for a boatload of US television shows, feature films and documentaries.

However, I still had a lot of my cameras and have recently started shooting more again, again mainly fashion and heads. Incidentally, my Rolleiflex

and Leica M lenses have survived from the early days, plus the Gossen flash meter and various Spectra and Minolta color, light and spot meters, which have stood the test of time and have been fully functional for over 30 years…! In fact, when I returned my Spectra Pro to Spectra a few years ago for calibration, they gave it right back and said not only was it spot on, they used my meter to re-calibrate their own calibration gear. So it’s true – they don’t make ‘em like they used to.

A great actor friend of mine agreed to build out his triple garage into an acting/studio space and so I populated it with my lighting gear, background papers, and the like.

I’ve found that one crucial factor has changed for photographers since the old days. The major deal is that magazine presses accept digital files.

Back then, 35mm film was touch-and-go for a lot of the presses to make color separations and printing plates from – this resulted in their requirement for medium and large format photos. Which is why we had all that gear, at least in the beginning.

Certainly if I shot in 35mm, cropping was a no-no. Hence the presses demanding the black full-frame border around the prints to confirm that this was, indeed, a full frame they were getting, and “no cheating”!

That’s no more, everybody crops these days, without penalty.

Other things haven’t changed a bit.

Shooting quantity? I’d say about the same. I shot a lot of film and I shoot a lot of digital, depending on what’s being shot and how hard it is to capture it. Some things you can get in a single frame, one moment in time. Others, get your motordrives out!

Lighting:
So for studio I’m running a set of three old Norman 500s, a Norman 400

and three Norman 200s (the 400 and 200 can obviously go on location, since they’re battery powered) with very large (5x7ft) softboxes, Norman beauty dishes, umbrellas and the like. A Westcott eyelighter

has recently joined the fray to complete the beauty photography setup. I also use the Camranger

Continuous lighting includes all the TV and film lighting stuff I’ve accumulated over the years, mainly from, Leko, Lowell and LTM, but the latest LED Fresnel lighting is very nice too! Don’t own or run any fluorescent/KinoFlo systems.

Light levels can be a lot lower because the cameras do better in lower light. However, low light doesn’t mean no light. There’s a difference between a snapshot and a quality image, and for me at least half of that difference is in the lighting.

, Leica 50mm/1.5 Summarit-M (that I had recoated and now works fantastically), Leica 90mm f/4 Elmar-C, likewise fantastic for a budget tele lens. Notice all those lenses right in the 35/40/50mm range? They’re all slightly different, each with its own personality. And yes, the next one on the list is a Voigtlander 50mm 1.1 Nokon v1.

Also used on location is a Leica V-Lux Typ114

, both these cameras are superzoom cameras that shoot very decent HD video. We use these for our BTS and fashion video footage, but mainly as very quick candid cameras and snapshot machines.
I have to say that the Leica V-Lux Typ114

is a fantastic street camera too, and the only one in our arsenal that can shoot completely silently.

Also for that purpose is my very first serious digital camera: a Leica Digilux 2

, 5MP, not as fast but there’s that incredible lens plus the sensor’s good and it’s still going strong!

s, just because they have survived the test of time and are still here still working. I have smaller, more unobtrusive canvas shoulder bags for street shooting.

s, and a trick from the old days, I use several large pieces of real chamois leather cloth, all well worn and super soft, for keeping lenses and cameras clean. I bought my latest few from an auto parts store and throw them in the laundry whenever they’re less than 100% clean.

That about covers it.

Do I NEED all this gear?
Don’t I just shoot with one camera at a time, like everybody else?

Sure. I recently went out on a series of location shoots around Los Angeles for my own personal book project, “LBD/CRL” about a young woman’s quest for her perfect Little Black Dress, and found myself with just two camera combinations covering 80% of the shots.

Those two cameras were: Nikon D810

with 35mm f/1.1 Nokton for low light and 40mm f/2 Zeiss Planar for speed shooting. Fast, light, easy to work with. No assistant, no fuss, no muss.

However, in the studio and working with various models and designers, I’ve found myself using most if not every camera/lens combination at one time or another.

You know the old saying “in the street you can take a photo but in the studio you have to make a photo?” Well if I’m starting with a blank screen (or background paper) then how I shoot my subject will start to affect the image more than a little. Because there’s less to see in a studio image than, say, a downtown street shot or a landscape, my choice of lens is more noticeable, and thus becomes a bigger part of the final image, of the end statement. And the camera, as I’ve said, just carries the lens and allows it to do its job.

A lot of the time it’s the job specifications and requirements that dictate what equipment to use. For instance, it’s hard to shoot for Google Maps without one of those 360 degree cameras they endorse. Also, 5MP is great for instagrams or snaps on the blog, but not so much for a wall-sized poster shot.

However, at other times, when one has a specific look and image in mind, for me anyway the mental image does the specifying – I’ll actually run through a theoretical shoot in my mind using one camera, then another, in order to make a decision as to which tool to use.

So it’s not just the look that particular camera/lens combo will yield, but also its speed of setup, operation, write-to-card time, buffer capacity, and general bulk and weight that will end up affecting the shoot, and hence the images that result from the shoot. No point bringing that wonderful Hassy or Crown Graphic up the side of a steep hill with a gorgeous model – without an assistant to lug the heavy Gizto and Norman 400 system as well as the cameras, right?

Better go with a Nikon D800

and Norman 200, much lighter and I’d be less annoyed when I eventually get to the top of that hill and then have to start being creative!

Hope I’ve given you a little insight as to life in the photo lane over the long run. If you have any questions, please don’t hesitate to get in touch!