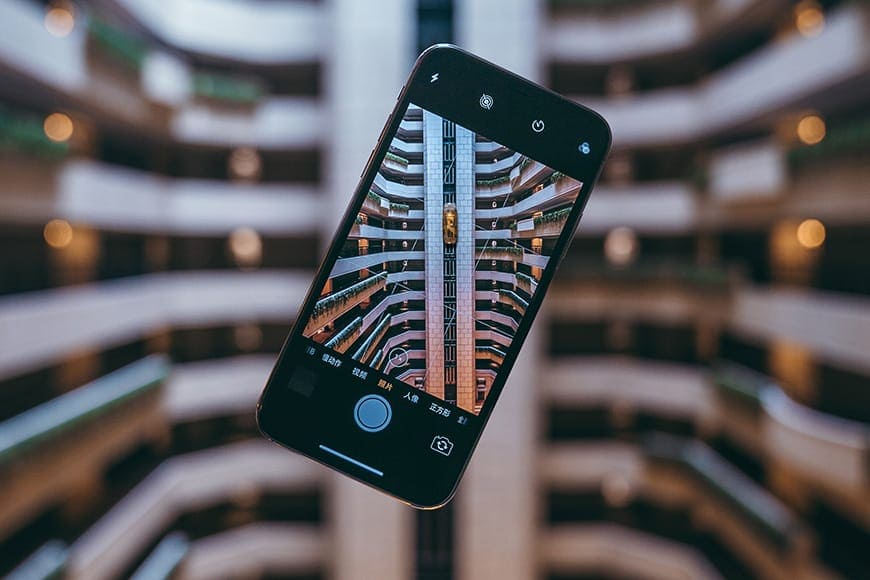 Marketing yourself may not be your cup of tea, but it has become an absolute necessity for photographers in our digital age.

The sooner you embrace this fact, the sooner Instagram is to become your best friend on the journey of promoting your work. (See also the best camera for Instagram).

Above all, it’s a free platform which gives you the opportunity to reach literally thousands of people and to maximize the impact of your content.

It can also significantly help you build your ideal audience – people that are sincerely interested in what you do and that admire your style.

Having such an audience behind you brings you one step closer to creating a meaningful photography community, finding like-minded colleagues or simply attracting potential customers.

So, how can you use Instagram to do all of that? First thing’s first: by mastering Instagram hashtags.

Knowing which are the best Instagram hashtags for photographers to use will give you a powerful way to target your dream crowd. So let’s dive in and get a little bit more familiar with them! 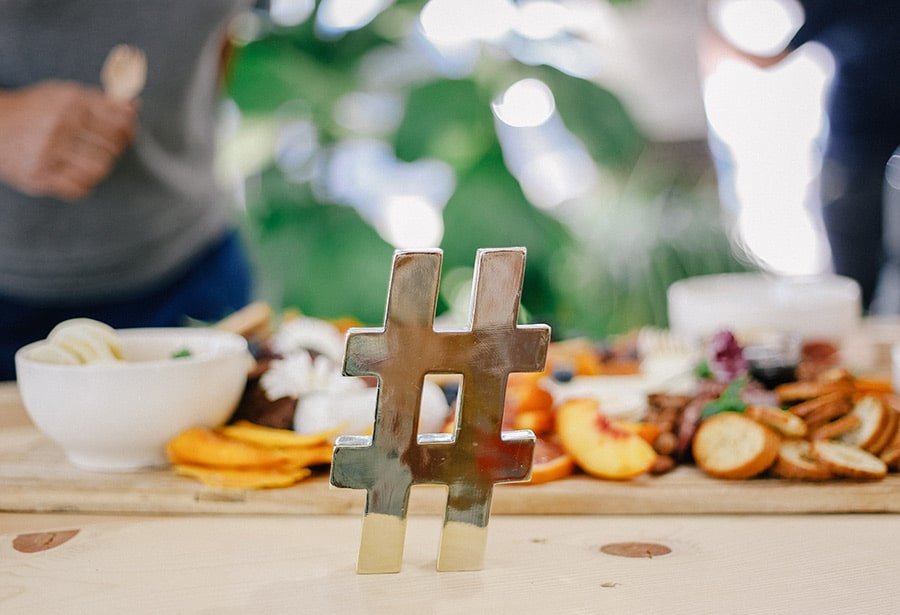 Let’s have a look at some of the best hashtags used by photographers all over the world!

Hashtags – What’s The Mechanism Behind Them? 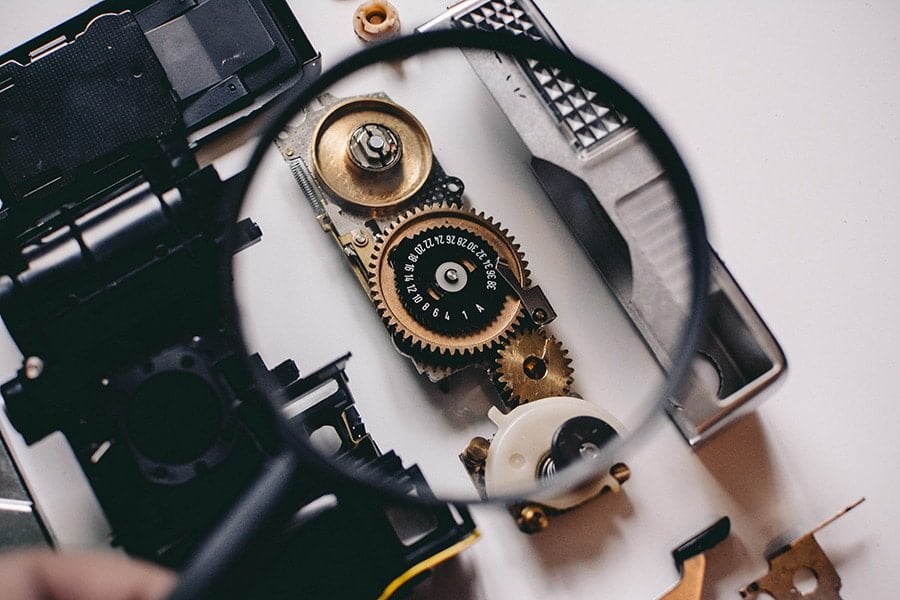 Social media hashtags are such a routine part of life that it feels like they’ve existed forever.

In fact, hashtags as we know them were invented by a guy called Chris Messina back in 2007 as a way of making it easier for people to find and track topics on Twitter.

(Fun fact: At the time, Twitter rejected the idea saying “these things are for nerds”.)

In the same way, Instagram hashtags work as researchable keywords on posts you create. If you have a public account, your post will become visible on the corresponding hashtag page, along with the hashtags themselves (if you set your account to “private”, your post won’t appear there).

The higher your post appears in the Instagram hashtag results page, the better chance it has of being discovered.

The problem is that content is posted all the time by millions of users around the world and the battle for the top of the page is really challenging.

You should also keep in mind that there’s a limitation on the number of hashtags you can add – it’s 30 for each post you make, so use them wisely!

So, what would be the best strategy here? To solve this riddle you’ll need to know a bit more about the difference between generic and specific hashtags. 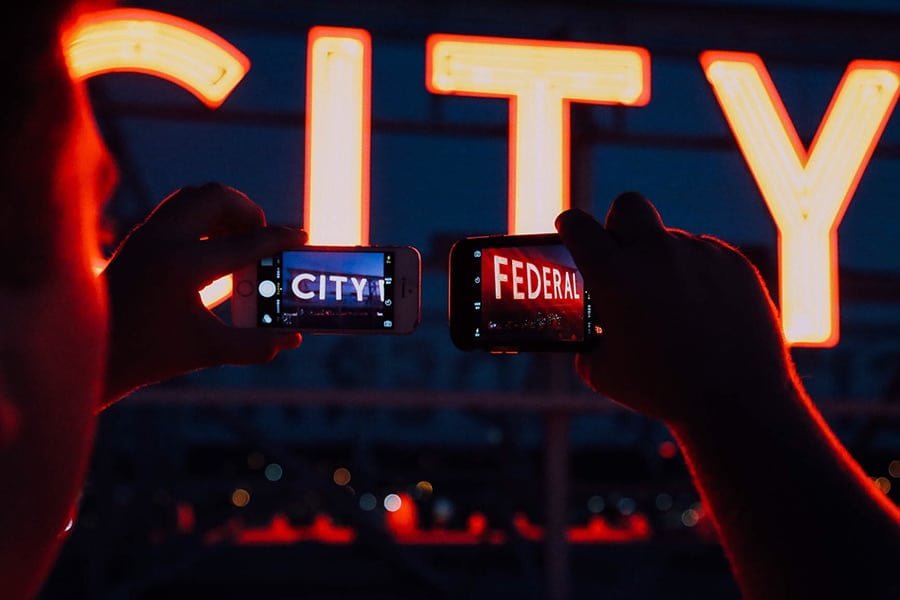 The idea of getting noticed by an unlimited number of people seems tempting at first, but on second thought, it’s getting the right people to notice you that matters most.

Here’s where a little knowledge about high-density and low-density hashtags can prove to be very useful.

The high-density ones are also called generic hashtags. In other words, these are the extremely popular hashtags which we’ve all seen numerous times. A few examples include #likesforfollow (8.2 million posts), #instalove (105 million posts) or #beautifulgirl (7.5 million posts).

The main benefit of using these on your posts would be drawing instant attention, but the effect expires rather quickly as your post will almost immediately be buried under all the newly uploaded photos.

(Check out how to upload to Instagram from PC or Mac to speed up your sharing.)

The extensive use of such super-popular hashtags can attract spammy pages and bots to your profile.

The other downside is also not to be underestimated: with such high competition from people constantly publishing content, it’s nearly impossible to rank at the top of the page. And no top pages mean no prolonged exposure to potential viewers.

The low-density hashtags, on the other hand, represent the opposite idea: these are targeted hashtags which contain under 100k posts and are ideal if you want to refine your audience.

With low-density hashtags you have much less competition to worry about and a real chance of ranking on Instagram’s top posts.

People who check out such specific hashtags are usually very interested in that niche topic – which means it’s good to have them among your followers.

So the next question is: what are the best Instagram hashtags for photographers to choose: high-density or low-density hashtags?

According to researchers, it’s actually best to keep them both as long as you maintain a healthy balance.

Direct Benefits of Becoming an Instagram Hashtag Master: Why is it Important? 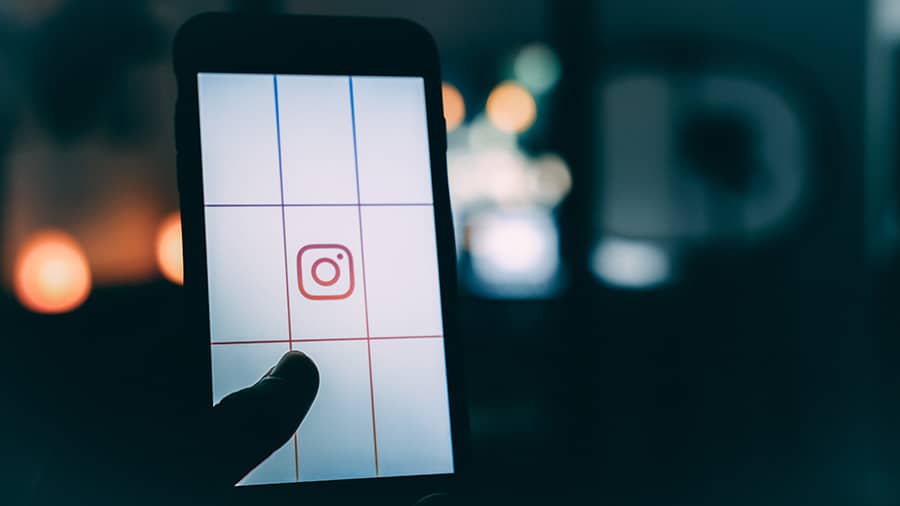 Mastering Instagram hashtags can surely bring you more than one valuable asset. Here are just a few to mention:

One of my favourite galleries is @abandonedgallery_ , definitely worth checking out as they have plenty of stunning images added to their collection.

Another awesomely curated account is @accidentallywesanderson – if you’re a fan of this movie director you’ll be impressed for sure! 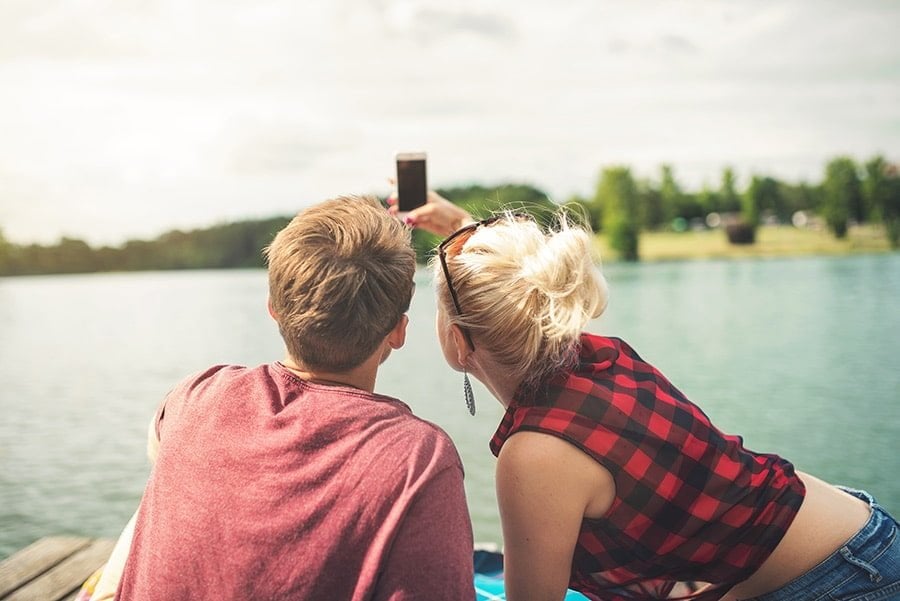 Insta Stories have been a real game-changer since they made their appearance in August 2016. You may be surprised to learn that hashtags written in the caption area of your posts are not the only ones that matter anymore.

When you add a hashtag to your Instagram Stories, you can do so by using a location tag or you can simply type the text with # in front. When added in plain text, linked hashtags are underlined.

There’s a limitation of 10 hashtags you can add to an individual story so being excessive is not a good strategy here.

If you don’t want to distract the audience from the visual content of the story too much, but you still want to add a few hashtags, you can make them invisible.

Doing so is really easy. First write the hashtag, then tap the pen tool (as you know the pen can match the text to any colour which is visible on the image).

After that, all you need to do is drag the pen across the screen so that the hashtag matches the background. As soon as they match you have an “invisible” hashtag created. 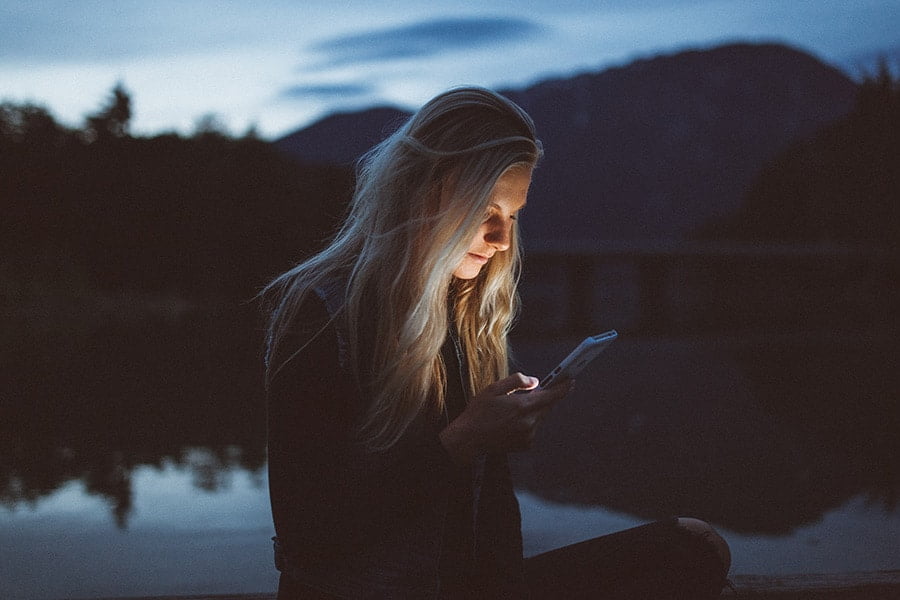 The ultimate goal of Instagram hashtags is to promote your work across the internet so that you have a better chance of getting discovered by others.

But here’s the problem: thousands of people try to do the same thing every day. The competition is intense, to say the least.

Mixing high-density, popular Instagram hashtags for photographers with more specific, niche ones will help to maximise your post’s potential reach.

But what else can you do to really distinguish yourself in the vast sea of information and data?

For me, the answer is to get personal.

People post breathtaking images constantly, but how many of them actually take the time to tell the story behind the photo or to share what thoughts were going through their mind when they took the picture?

Adding a story or simply adding your personality to the image you post can make the difference between you and everyone else.

Except for eye-catching visuals, people are naturally attracted to ideas that they admire or causes they want to share. If you manage to bring that kind of crowd to your Instagram feed, you’ll for sure enjoy having followers who stick around for more than a quick “like”. 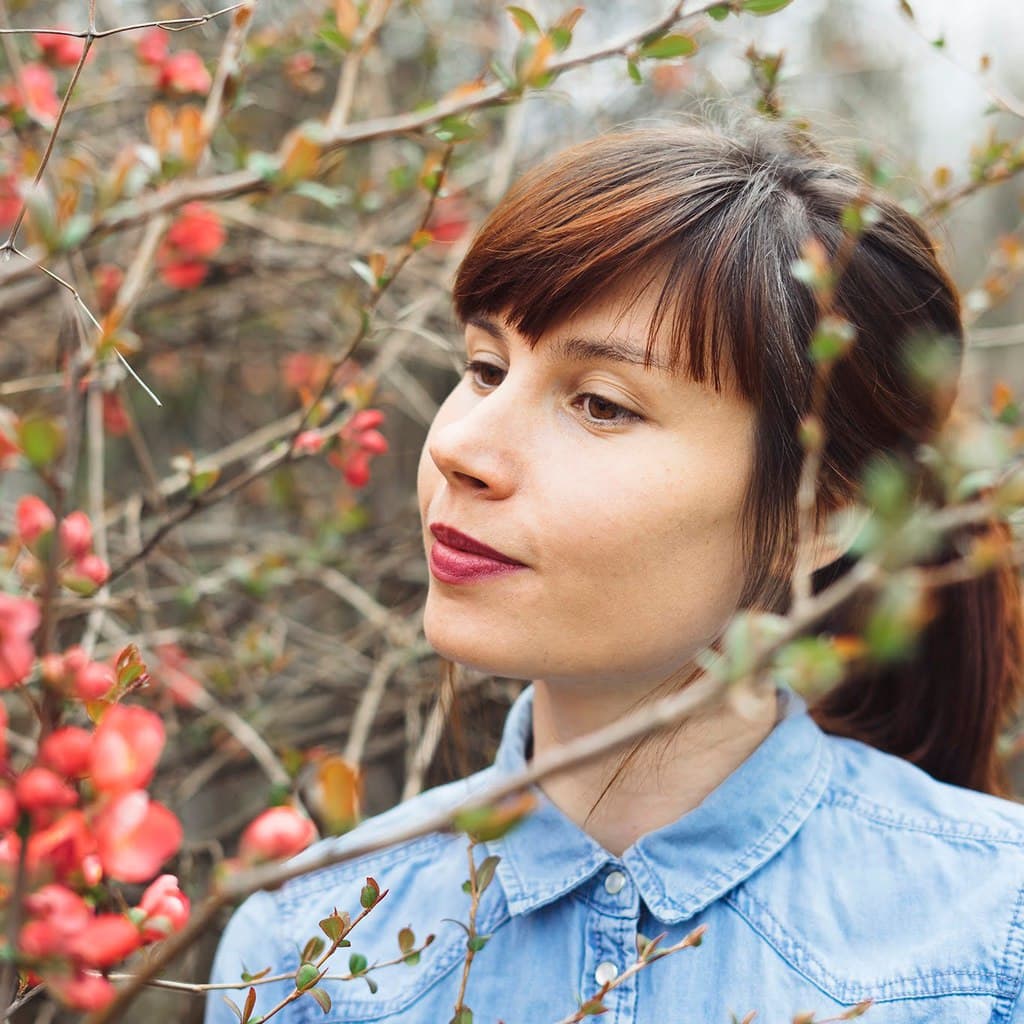